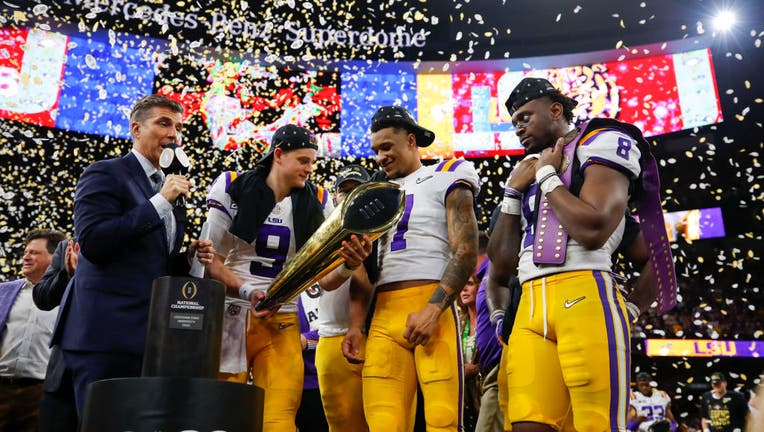 WASHINGTON (AP) - President Donald Trump will welcome the Louisiana State University football team to the White House on Friday after the Tigers defeated Clemson on Monday night in the college playoff final.

Before visiting the White House, the LSU team will tour the nearby National Museum of African American History and Culture, according to The Advocate newspaper in Baton Rouge.

Trump attended the national championship game in New Orleans, which LSU won 42-25, and he received an enthusiastic welcome from the crowd. It's unclear what could be on the menu for the team, but the president took much delight in serving last year's champions hamburgers and pizza during the partial government shutdown.