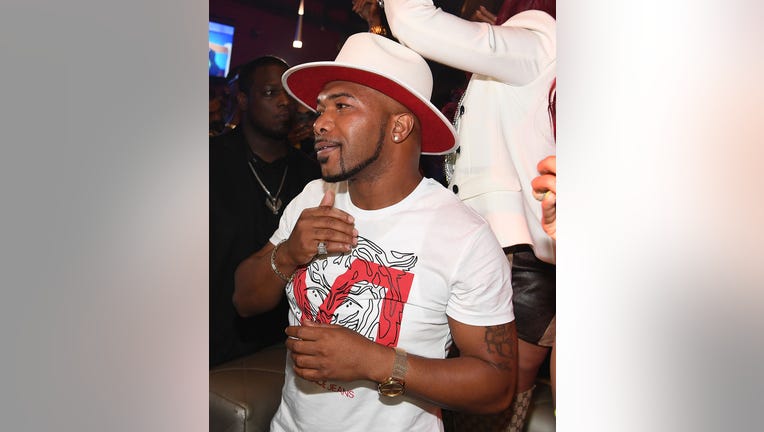 ATLANTA - An Atlanta reality TV star has been arrested on federal bank fraud charges. "Love & Hip Hop: Atlanta" star Maurice Fayne has been charged in connection to a Paycheck Protection Program loan he obtained in the name of Flame Trucking, the U.S. Attorney’s Office in Atlanta announced Wednesday.

U.S. Attorney Byung J. “BJay” Pak said Fayne, who is the sole owner of Flame Trucking in Georgia, applied for a PPP loan through United Community Bank back in April asking for more than $3.7 million. The 37-year-old, who also goes by Arkansas Mo, ended up receiving a little more than $2 million and prosecutors said he ended up using the money for personal items.

“The defendant allegedly took advantage of the emergency lending provisions of the Paycheck Protection Program that were intended to assist employees and small businesses battered by the Coronavirus,” said Pak.  “We will investigate and charge anyone who inappropriately diverts these critical funds for their own personal gain.”

Pak said more than $1.5 million of the loan proceeds went towards the purchase of $85,000 in jewelry, including a Rolex Presidential watch, a diamond bracelet, and a 5.73-carat diamond ring for himself, to lease a 2019 Rolls Royce Wraith, to make loan payments, and to pay $40,000 for child support.

“The defendant allegedly stole money meant to assist hard-hit employees and businesses during these difficult times, and instead greedily used the money to bankroll his lavish purchases of jewelry and other personal items,” said Assistant Attorney General Brian A. Benczkowski of the Justice Department’s Criminal Division. “The department will remain steadfast in our efforts to root out and prosecute frauds against the Paycheck Protection Program.”

The money from the small-business loan was intended to fund the payroll of the 107 employees Fayne claimed to have at his company. Prosecutors said he certified the loan would be used to “retain workers and maintain payroll or make mortgage interest payments, lease payments, and utility payments, as specified under the Paycheck Protection Program Rule.”

“At a time when small businesses are struggling for survival, we cannot tolerate anyone driven by personal greed, who misdirects federal emergency assistance earmarked for keeping businesses afloat,” said Chris Hacker, Special Agent in Charge of FBI Atlanta. “The FBI and our federal partners remain vigilant during this Coronavirus pandemic to make sure funds provided by programs like PPP are used as intended.”

Earlier this month, Fayne met with prosecutors and denied the allegations. Monday, federal agents executed a search warrant on his Dacula home taking the aforementioned items into evidence. Agents also seized a little more than a half-million dollars left from the loan in three bank accounts Fayne controlled, prosecutors said.

“The defendant allegedly egregiously sought personal gain from a program intended to assist hardworking Americans in this challenging time,” said Special Agent-in-Charge Kevin Kupperbusch of the Small Business Association Office of Inspector General (SBA OIG) Eastern Region.  “SBA OIG and its law enforcement partners will aggressively pursue allegations of wrongdoing to maintain the integrity of SBA’s programs.  I want to thank the U.S. Attorney’s Office and our law enforcement partners for their dedication and pursuit of justice.”

Fayne was charged with bank fraud. No word on his next court appearance.