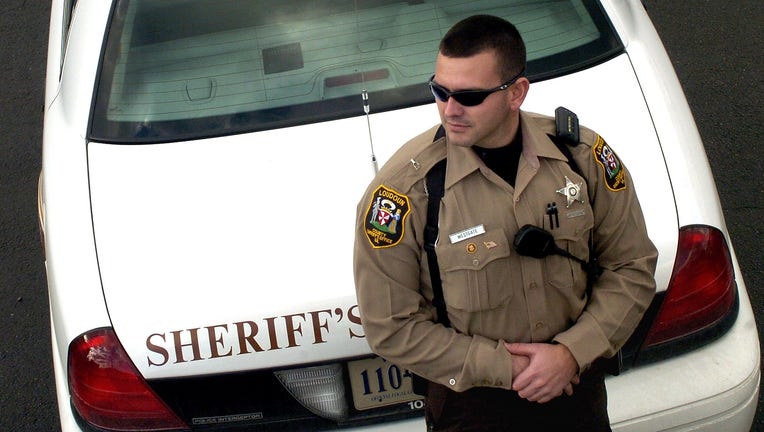 LEESBURG, Va. - At a time many local governments are hearing calls to defund police, a Loudoun County official wants to add a new police department.

And the local sheriff isn't happy about it.

A Loudoun County Board Supervisor is proposing a change to how policing is done in the county.

The change would take away certain enforcement duties from the county’s sheriff’s office, and shift those duties to a newly formed police department.

The board will vote on the proposal July 21, and if advanced, voters may get to decide on it in November.

Ashburn District Supervisor Mike Turner on Saturday said he will be introducing a motion that could add a police department to Loudoun County.

The county is currently policed by the Loudoun County Sheriff’s Office, which handles the jails, courts and local enforcement.

If restructured, sheriff deputies would only handle courts and jails, as they do in other jurisdictions across the D.C. area.

Turner says the push for this change has to do with how Loudoun County has become a major player in the greater Washington DC area: it's home to an international airport, a growing population and now multiple Metro stops.

However, one thing that hasn’t changed is the county’s policing structure, which Turner claims provides little accountability.

A police chief would report to the county administrator, unlike the county sheriff.

“Well by definition, it doesn’t,” Supervisor Turner told FOX 5 on Sunday, “The only accountability for any law enforcement office in county is to the Sheriff. There is no other oversight. And so, by definition the police department, I think on its face, would be more accountable.”

The Ashburn District supervisor also pointed to differences in the experience required between becoming a police chief and being elected sheriff.

"To be hired as a police chief in Prince William, Fairfax or Arlington counties, you have to be selected from a national search from highly qualified candidates with a career of law enforcement and a proven track record of success in law enforcement and investigation," he added.

“They are politicians, elected as politicians by party designation to be the Sheriff. So by definition, they’re politicians. We think it’s long past time to remove the political aspect of law enforcement in the county the size of Loudoun county,” added Turner, who says Loudoun is the only county in the area where the elected sheriff has complete budget discretion and sole responsibility for all law enforcement.

Chapman says part of the reason the Loudoun County Sheriff’s Office has been so successful, is because they don’t answer to political entity, such as a Mayor or a County Executive.

Chapman believes there is an issue across the country with police chiefs not being able to police the way they want, due to political entities they must answer to.

“I can tell you this ... in the last year, we’ve had 50 pre-certified law enforcement officers, mostly police officers, come from other jurisdictions to work for us because they know we directly respond to the citizens and are not politically driven by a board," Chapman said.

"So even though the notion is that, ‘Oh, we’re going to take the politics out of this because I have to run for an election every four years.’ The fact of the matter is, is that a police chief who answers to a political entity is far more influenced by that entity than a sheriff is whose responding to everybody in the public.”

The Loudoun County Sheriff told FOX 5 his department has the lowest crime rate in the entire greater Washington-Metropolitan region. He also says they department is nationally recognized in other areas like their crisis intervention and School Resource Officer programs.

“We have a lowest crime rate because we handle everything. We’re well integrated with the jails and the courts and everything else in law enforcement under one roof here. Lot of great information is exchanged,” said Sheriff Chapman.

Turner says the cost of adding a police department wouldn’t be much different than what Loudoun is already paying for law enforcement and that this has been a focus of the county’s Board of Supervisors for several years.

Turner, the supervisor, told FOX 5 he hasn’t been able to speak with any Republican board supervisors but says any decision would be a bipartisan one.

Chapman estimates the new police force would cost $20 million at a time the county is suffering from a budget shortfall driven by the coronavirus pandemic.

At least one other Board Supervisor tells FOX 5 they believe the board has the votes to approve the motion – and Turner says it’s something the Board Chair has already voiced support for.

If passed, Turner says there would be a “thorough” process that he hopes to have completed by January 1, 2024.