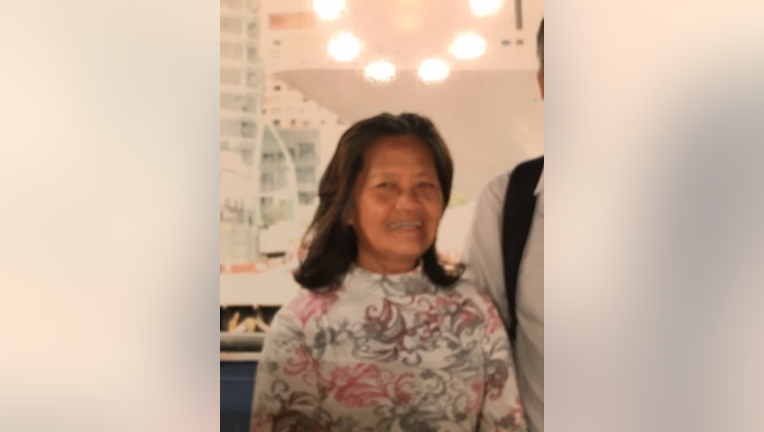 Dan Le Nguyen was last seen Wednesday in the area of Valley Preserve Court in Ashburn at 4 p.m.

Authorities say she is considered endangered due to mental and/or physical health concerns.

Nguyen is described as being 5’ tall, 95 pounds, with brown eyes and gray hair. She was last seen wearing a green sweatshirt and black pants with gray stripes on the sides.

The LCSO Search & Rescue team will use a drone to search for Nguyen, they say.