A majority of our cases have occurred in the Eastern Loudoun and Dulles South areas of Loudoun County. The thieves are targeting high dollar metal components that are part of the catalytic converter like rhodium, palladium, and platinum. In Loudoun, many of the vehicles targeted are at auto repair shops and hotel parking lots.

Thieves were caught on camera stealing catalytic converters near a bunch of auto repair shops on Woodland Road in Sterling, Virginia.

"Well, it’s frustrating because we’re small businesses and we’re just trying to feed our families so we work hard for our money and it just makes you concerned. You’re trying to take care of your clients vehicles, you have them in your possession so we’re having to lock things up inside and just kind of changes how you operate," said Morrow.

He adds his business has now added more security measures like motion sensors and cameras to be safe.

The LCSO has worked to educate the public on prevention measures through messaging on social media and Nextdoor.

The below graphic includes theft prevention tips that was shared with our community. 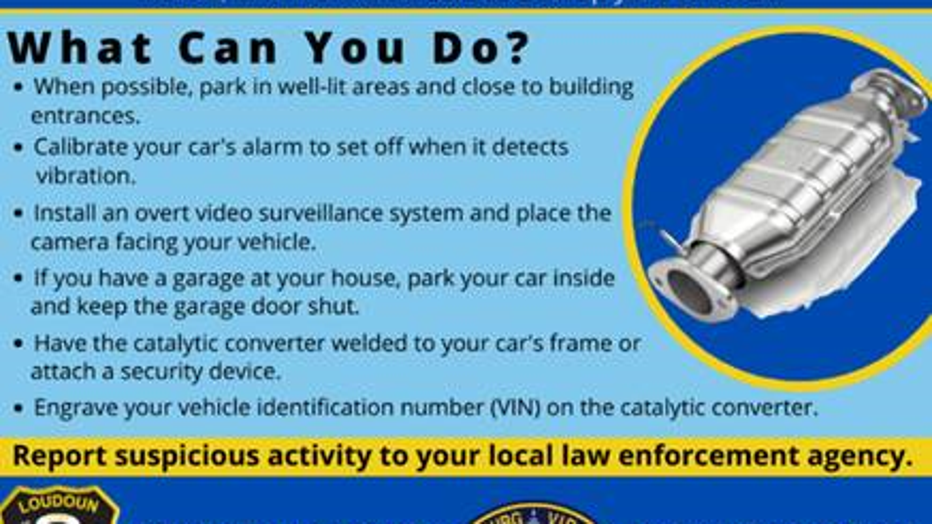