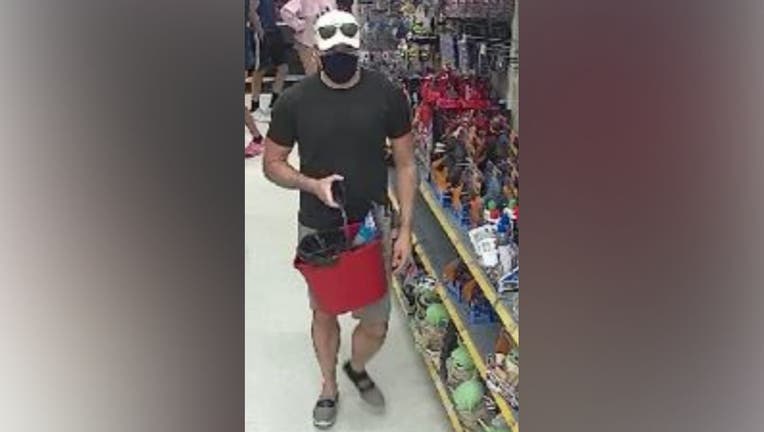 LOUDOUN COUNTY, Va. (FOX 5 DC) - The Loudoun County Sheriff’s Office is asking for the public's help identifying a man who was involved in an incident last month where he was reportedly making obscene gestures and possibly performing a sexual act under his clothing inside a Sterling store.

The incident occurred on September 23 at the Walmart on Dulles Crossing Place in Sterling.

The victim reported she was shopping with her children when she observed an unknown male near her child who was making obscene gestures and possibly performing a sexual act under his clothing.

The subject is believed to have been involved in similar incidents in the Sterling area.

He is described as a white male who is 25 to 35-years-old, between 5’11" to 6’2" tall and weighs approximately 200 pounds. During the incident, he was wearing a baseball hat, a dark shirt, tan shorts, and a cloth mask.

If you know the possible identity of the subject, you are asked to contact Detective. S Smith at 703-777-1021. You may also submit a tip through the Loudoun County Sheriff’s Office app.