Loudoun County Public Schools officials are speaking out after days of controversy on recent sexual assault cases including one that happened in a classroom.

"First, let me say to the families and students involved — my heart aches for you and I am sorry that we failed to provide the safe, welcoming, and affirming environment that we aspire to provide," Ziegler said at a press conference Friday. "We acknowledge and share in your pain and we will continue to offer support to help you and your families through this trauma."

A student in Loudoun County is facing accusations in two sex assaults at two different high schools, prompting questions about why he was transferred to another school after the first arrest.

The allegations involve a male student who is accused of attacking a female student at Stone Bridge High School in May of this year. The male student, then 14, was charged with two counts of forcible sodomy.

FOX 5's Lindsay Watts says the teen was arrested in July but parents and the community were not alerted of the arrest. 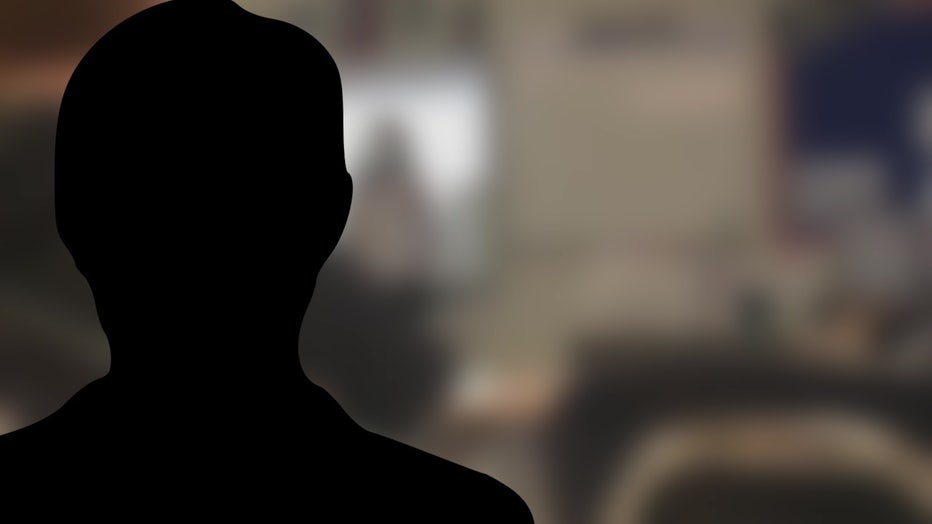 Watts says the Loudoun County Commonwealth's Attorney's Office recommended the student be removed only from his own school and wear an ankle monitor.

VIRGINIA TEEN WAS WEARING ANKLE MONITOR FOR PRIOR SEXUAL ASSAULT WHEN HE GROPED GIRL: PROSECUTORS

The sheriff's office says that on Oct. 6, the same boy, now 15, forced a female student into an empty classroom at his new school -- Broad Run High School -- and touched her inappropriately. 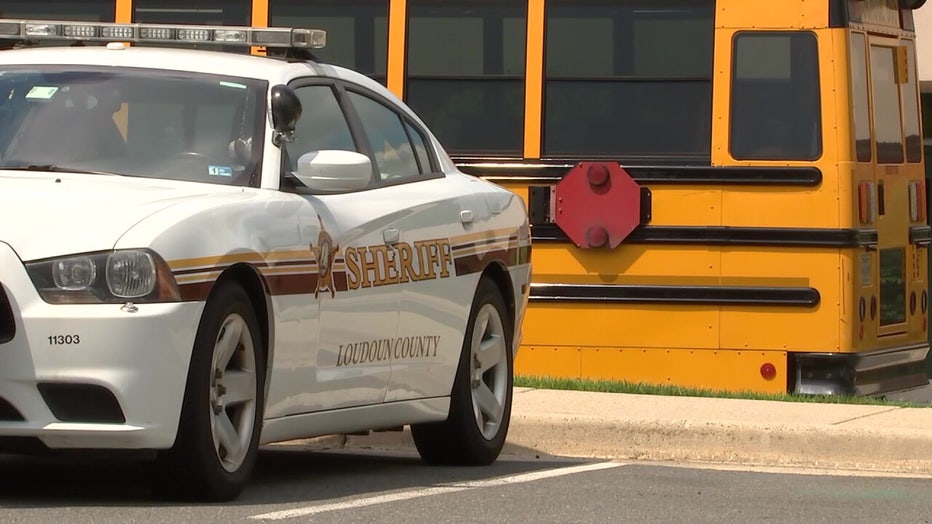 Ziegler said he believes more can be done to protect victims of sexual harassment and assault and has reached out to Virginia leaders to push for reforms.

He also says the U.S. Department of Education Title IX directs how schools must investigate allegations of sexual harassment and assault, but they have found the process to be insufficient in addressing those issues at the K-12 levels.

Ziegler adds the previous administration did not include information pertaining to sexual assault incidents in reports to the state.

A spokesperson representing the Smith family, whose daughter was sexually assaulted back in May at Stone Bridge High School, is responding to Ziegler's comments saying:

"Dr. Ziegler’s statement on behalf of Loudoun County Public schools, is the first acknowledgment that we have had that they are in fact responsible for their bad decision-making and policies that resulted in the two sexual assaults that happened in our high schools. Whether they end up being accountable to doing better by children and their parents or not, time will tell.  This is not a situation solved by the words ‘I am sorry’, but it is a start to keeping all children safe at our schools."

An attorney for the Smith family also released a statement on Ziegler's comments saying:

"Today, Superintendent Ziegler said what we already knew: that the actions of the Loudoun County School Board and Administration ‘failed to provide the safe environment’ for the Smith’s daughter. As evidenced by subsequent events and revelations, Loudoun Public Schools have been failing the parents who entrusted them to provide a safe environment for their children every day. That trust has been irrevocably broken by Loudoun County Public Schools’ (LCPS) actions and inactions."

"Superintendent Ziegler’s continued insistence that somehow the schools and the administration are not at fault for their conduct that led to the horrific sexual assault of the Smith’s daughter strains credulity. It is completely unacceptable and outrageous for Dr. Ziegler to blame the federal government’s Title IX protocols for the treatment of the Smith’s daughter and the subsequent sexual assault of yet another LCPS student. This demonstrates a cluelessness that explains the notoriety Loudoun County Public Schools have obtained over the last several months."

"Loudoun County Public Schools is in this situation because it prioritized misguided policies of political correctness over student safety.  What has ensued should serve as a cautionary tale for every public school system."

FOX 5 has learned Ziegler will not be stepping down, despite some parents' requests.

Thank you for coming.

I’d like to take a few minutes to address recent events in the Loudoun County Public Schools and our plans to reduce the likelihood that they will happen again.

First, let me say to the families and students involved — my heart aches for you and I am sorry that we failed to provide the safe, welcoming, and affirming environment that we aspire to provide.

We acknowledge and share in your pain and we will continue to offer support to help you and your families through this trauma. For all of our students, our school-based Unified Mental Health Teams are available to anyone who needs care.

It is important to know that Title IX directs how schools must investigate allegations of sexual harassment/assault and provides equal protection for both victims and the alleged perpetrators. Throughout these recent events, the Loudoun County Public Schools complied with our obligations under Title IX.

However, we have found the process outlined under Title IX by the U.S. Department of Education to be insufficient in addressing issues at the K-12 level. We believe the process could be strengthened with some reforms. I am recommending to the Loudoun County School Board that this issue is placed on our legislative agenda, and that the board and its allied groups actively lobby for changes to allow more protections to victims of sexual harassment and sexual assault.

Whether or not changes occur, in the future, our division’s procedure will emphasize the safety and protection of victims. To the extent we are legally permitted to do so, we will begin disciplinary action at the time of the incident, rather than suspending that action until the end of the Title IX or criminal investigation. We will exercise all options available under Title IX to separate alleged offenders from the general student body.

To ensure this happens, our administration will recommend to the school board changes to Policy 8030 and 8035 to place greater emphasis on victim rights.

With that, I want to acknowledge that our processes and procedures were not adequate to respond to these recent events. It has become clear that our administrative procedures have not kept pace with the growth we have seen in our county. While informal protocols and school-based autonomy may work in small and medium-sized school divisions, they are simply not sufficient in a county with 82,000 students. In the three months since my appointment, we have taken steps to correct this shortcoming. I have directed our chief of staff to oversee the modification and codification of all of our practices.

We have already made changes to the athletic eligibility appeals process and have tweaked the process for special placement. To ensure adequate supervision and consistency across the school division, we have reorganized and expanded the Department of Instruction. An Executive Director Chief of Schools and an expansion of the role of Executive Principals were put in place to provide greater supervision and oversight of schools and principals. Moving forward, it is essential that we are consistent in our practices across the county. We are taking positive steps in that direction. This lack of oversight that existed prior to my tenure also contributed to errors in our state reporting regarding disciplinary incidents in schools. The division inadvertently omitted some information in the past. That is extremely concerning, and we are taking steps to make sure that process is improved. I will say that I have no reason to believe at this time that any missing reports were due to an intent to hide any information from the Virginia Department of Education. In the future, we will report events in real-time in our system and make corrections, if needed, following due process procedures.

This will help ensure more accuracy in our Department of Education reports. Recent events have also revealed that we have shortcomings in alternative placement options for students involved in serious discipline infractions. A correction to this issue is one of my top priorities. This week, I directed the Deputy Superintendent to fast-track these changes. In the very near future, we will have alternative placements for students involved in discipline infractions that protect the safety of the student body and the rights of the accused.

As a division, we value our relationship with the Loudoun County Sheriff’s Department and the way in which the nationally recognized School Resource Officer program enhances safety and relationships between young people and law enforcement at the school level. We also recognize that we need to continue to build on this relationship. To that end, we plan to propose changes to the Memorandum of Understanding between the division and the Sheriff's office to ensure school discipline and criminal investigations can happen simultaneously and that both organizations follow all reporting requirements of the Code of Virginia. This includes notification from the Sheriff’s office to the superintendent and principal when students are charged with serious offenses.

Lastly, I want to speak to my comments at the June 22nd board meeting related to bathrooms. Board Member Barts asked a question about discipline incidents in the bathrooms that I wrongly interpreted as incidents involving transgender and gender-fluid students. I did this because I was viewing the question in light of the general questions and debate around policy 8040 that was occurring at the time. Multiple board members asked questions about the process, the experiences of students, and plans for transgender students and bathroom use during that discussion.

My mindset was in line with that subject. At another point in that conversation, Chair Sheridan asked a question specifically about incidents involving transgender students, and I responded in the same manner.

I regret that my comments were misleading and I apologize for the distress that error caused families. I should have asked Board Member Barts clarifying questions to get to the root of her question, rather than assuming what she meant. I will do better in the future. The Loudoun County Public Schools will move forward as a learning community that emphasizes safety and affirmation in an academically rigorous environment.

We will offer transparency where we are able, but also ask the community to appreciate that we must maintain student confidentiality. Because of this, there will be questions that we simply cannot answer at this time. Again, student confidentiality is a principle and legal obligation to which we must adhere. This has been a very difficult time for our community. We are committed to finding ways to improve our processes to ensure that Loudoun County schools are safe for all of our students. We seek your grace and engagement to grow our schools and create the community we all desire."