Health experts are issuing a warning to keep an eye out for ticks this spring as a certain type is popping up in the DMV and can cause people to develop an allergy to red meat.

Health experts are issuing a warning to keep an eye out for ticks this spring as a certain type is popping up in the DMV and can cause people to develop an allergy to red meat.

Tick that makes people allergic to red meat is in D.C.

A tick that makes people allergic to red meat is in D.C. and FOX 5 is talking to tick researcher Dr. Alex Cumbie about what to know and look out for.

FOX 5 spoke with Dr. Alex Cumbie, a tick researcher from the Eastwood Disease Ecology Lab, who says the Lone star tick is an aggressive species that thrives in many different environments. 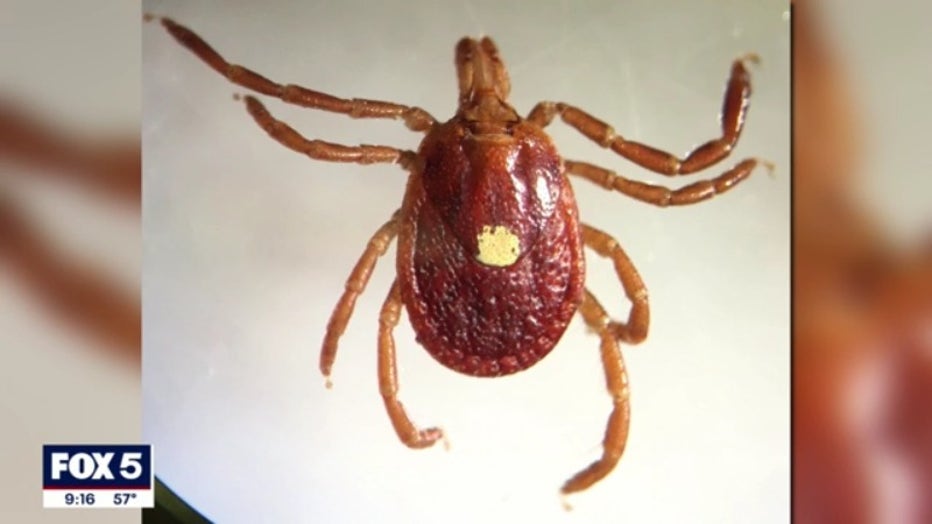 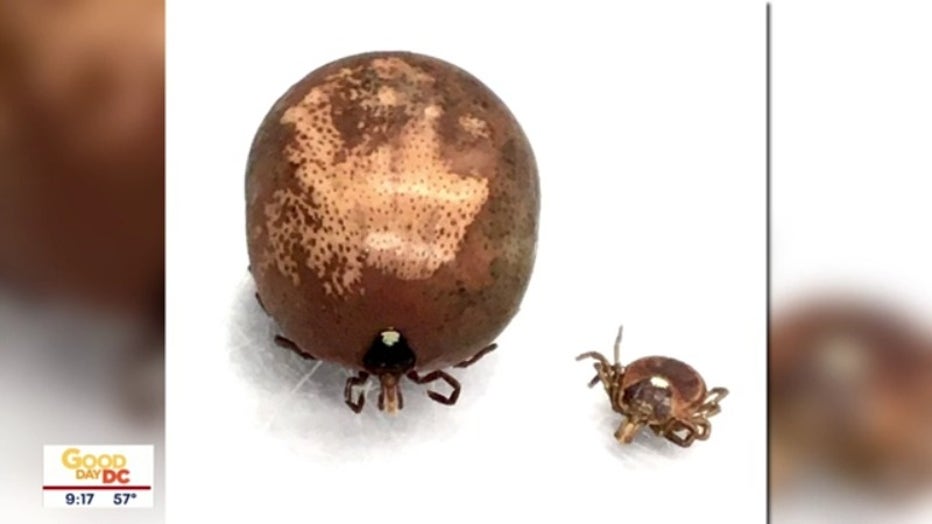 "There's lots of humidity out there. It's perfect for this tick species to really do what it needs to do and find people and bite them," Dr. Cumbie says.

So, what's the correlation between this tick species and an allergy to red meat?

"Not everybody who gets bit by this tick develops the red meat allergy," Dr. Cumbie says. "But what's interesting is you will develop [an allergic reaction] slowly, so you have some gastrointestinal issues to start with when you eat red meat and that could be a sign that you're starting to develop an allergy and then some people have very severe cases where they develop anaphylaxis from red meat."

Dr. Cumbie says the Lone star tick is out and about now in D.C., Maryland and Virginia, and your likelihood of encountering it is pretty high. She says you should check yourself when coming in from being outside.

Dickson still isn’t 100% sure, but pretty close: A Lone Star tick, notable for the white spot on the backs of females, bit him.

"Got a tick on my belly that I noticed while I was in the shower. I pulled it off, thought nothing of it at all after that," Dickson said of his bite three years ago.

For about six months, Dickson says he lived his life and ate what he wanted. That’s until a lunch date with some beef tacos that led to a serious reaction hours after he finished eating.

He had to go to the Emergency Room.

"Several hours later, I started itching like crazy. My armpits, my groin, then I developed a pretty bad rash. Within an hour, I was having pretty bad chest pain and I was having trouble breathing," Dickson said.