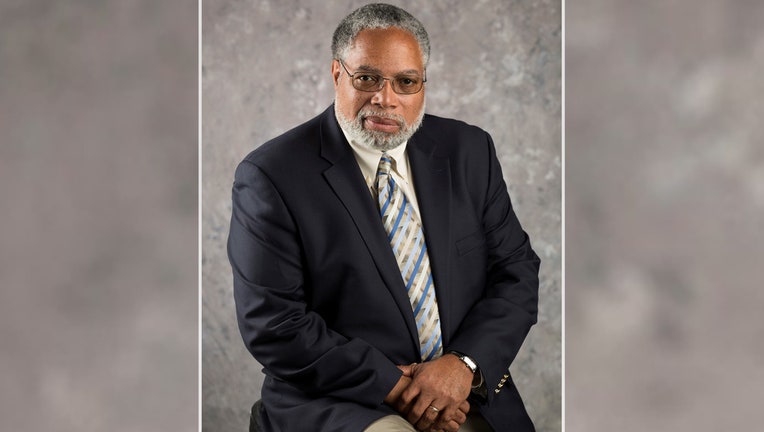 WASHINGTON - (AP) -- When Lonnie Bunch started working on the Smithsonian's first black museum, he had no collection, no building and one employee.

Bunch, in an interview with The Associated Press, said his time leading the Smithsonian National Museum of African American History and Culture will serve him well. "The Smithsonian is the most amazing place, and sometimes it forgets to act like it. I want it to act like the best institution in the world," he said.

Bunch replaces David Skorton, who will become president and CEO of the Association of American Medical Colleges. Bunch will be the first African American to be Smithsonian secretary.

His success with the Smithsonian's black museum helped his candidacy.

Ground for the $540 million museum was broken in 2012 on a 5-acre (2-hectare) tract near the Washington Monument. Construction was completed in 2016. Millions of donors contributed $315 million in private funds ahead of the opening.

People still wait in line to get into the museum during peak vacation days. More than 3.5 million have visited it to see exhibits ranging from the glass-topped casket used to bury lynching victim Emmett Till to the "Mothership" used by Parliament Funkadelic and a slave cabin from Edisto Island, South Carolina.

"What I've learned is about the power of inspiration, the power of a good idea, the power of getting people excited about a story, so I hope to share that and bring that to the other museums," he said.

"I look forward to working with him as we approach the Smithsonian's 175th anniversary, to increase its relevance and role as a beloved American institution and public trust," Roberts said.

Letting go of the Smithsonian's black museum will be difficult, Bunch said. "This has been the job of my career, the best thing I've ever done," he said.

As Smithsonian secretary, he will hire his eventual replacement. Spencer Crew will serve as interim director until then, Bunch said.

Bunch doesn't plan to meddle, but there are some things he won't let be watered down in his former museum.

The museum "should never lose the fact that it's using African American culture as a lens to understanding what it means to be an American," he said. "That notion of reveling in your African Americanness but then celebrating your Americanness is really special. That, I don't want it to lose."

Founded in 1846, the Smithsonian Institution is the world's largest museum, education and research complex, with 19 museums and the National Zoological Park.

Bunch expects to lead a more active Smithsonian that gets involved in weighty issues outside of just history.

"My whole career has been about expanding the canon, making sure that African American issues, that Latino issues, that issues of gender are at the forefront," Bunch said. "And what I'm proudest of is that the Smithsonian will take the lead in grappling with these issues. ... No matter what happens, the Smithsonian will always be that place to help us understand a diverse America."