The pilot of a United Airlines commercial jet called "mayday, mayday" as the aircraft experienced engine failure shortly after takeoff from Denver International Airport on Saturday, according to new audio.

The Boeing 777 was heading from Denver to Honolulu with 231 passengers and 10 crew aboard when its right engine failed and erupted in flames. The plane quickly lost altitude and dropped huge pieces of the engine casing and chunks of fiberglass onto the neighborhoods below.

The plane landed safely back at the airport and no injuries were reported on the ground where the debris had rained down.

Much of the debris landed in Commons Park and in the Northmoor and Red Leaf neighborhoods of Broomfield, which is about 20 miles north of downtown Denver. 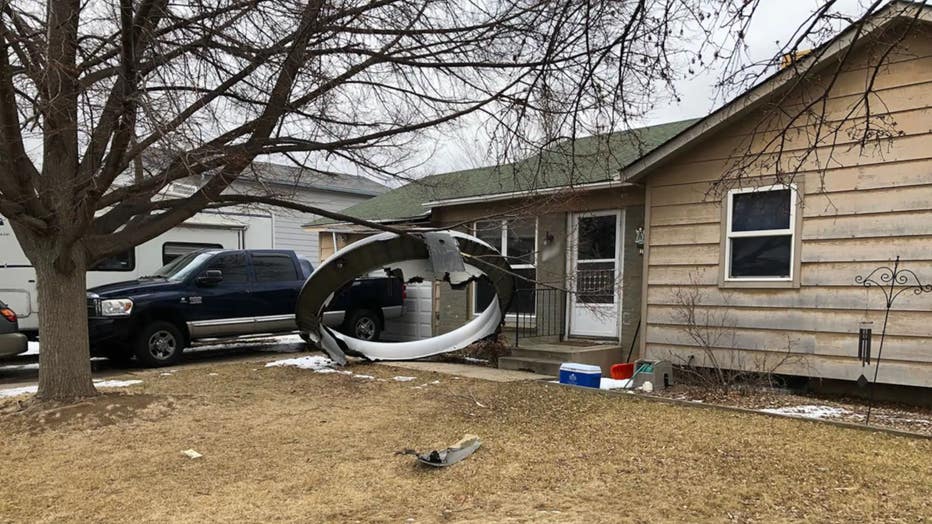 Debris from a Boeing 777 commercial jet landed in front of a home near Broomfield, about 20 miles north of downtown Denver, after the engine malfunctioned shortly after takeoff.

Tyler Thal, who lives in the area, told The Associated Press that he was out walking with his family when he spotted a large commercial plane flying unusually low and took out his phone to film it.

"While I was looking at it, I saw an explosion and then the cloud of smoke and some debris falling from it," he told the outlet in a phone interview. "It was just like a speck in the sky, and as I’m watching that, I’m telling my family what I just saw and then we heard the explosion. The plane just kind of continued on, and we didn’t see it after that."

It was not immediately clear what caused engine No. 2 on the aircraft to malfunction.

The National Transportation Safety Board is investigating the incident and has asked Coloradans not to touch debris if they find pieces of the plane in their neighborhoods.