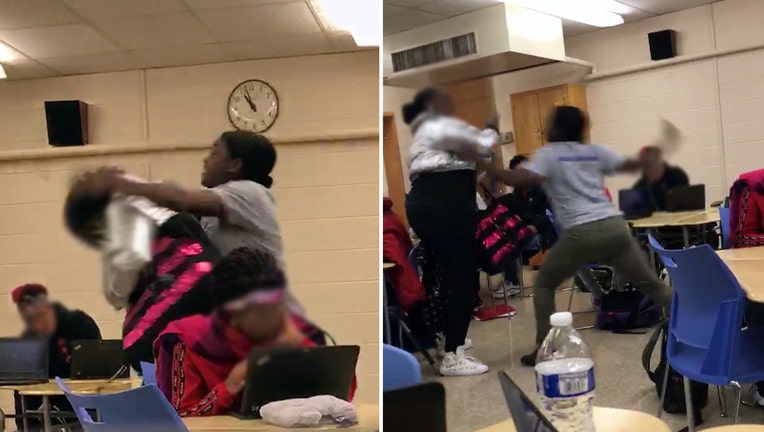 LARGO, Md. - Local officials are speaking out after an incendiary video shows a Largo High School teacher fighting a student.

"This incident made me absolutely irate, and I'm sure that anyone watching it will feel the same way because this is not, it is first of all not representative of the teachers who teach in our school system, but it's also not what we condone," Prince George's County Executive Angela Alsobrooks said.

The video shows the student walking into the teacher, who's wearing a gray T-shirt, before the teacher throws punches. Police arrested the teacher after the fight Friday morning.

Police charged the teacher, 36-year-old Vivian Noirie, with child abuse and assault after the fight.

The student is a 17-year-old senior. Police said they're also pursuing juvenile charges against the student.

One parent tells Fox 5 she's so concerned now she's considering pulling her child out of the school. Police also say, in an unrelated incident, another student brought a gun to the school Friday.

"Whatever the kid said, the teacher has to be more mature than that," Largo resident Nikko Scott said. "There's no place for that."

Charges have not yet been filed in the case.