RELATED: Trump says he will 'fight like hell' to hold on to the presidency 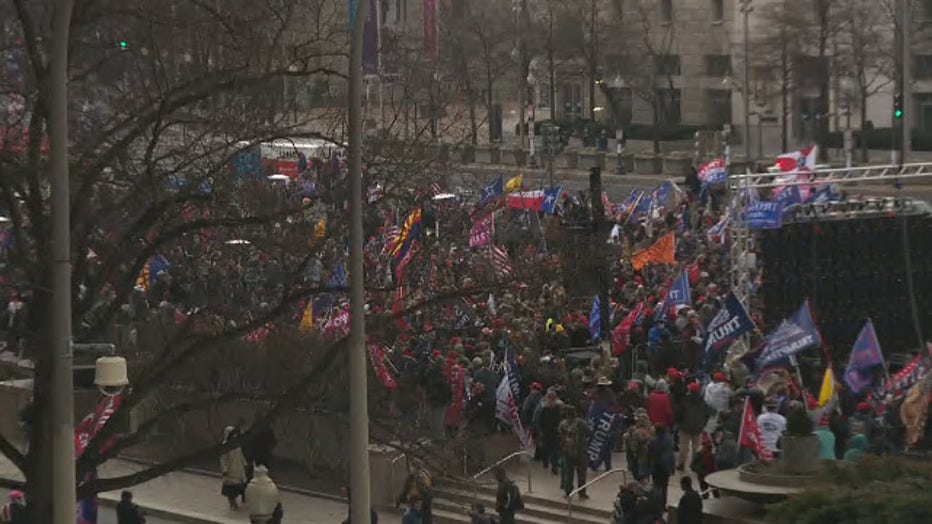 Large crowds gather in DC Tuesday ahead of pro-Trump rallies

Images from Freedom Plaza showed what appeared to be hundreds gathered less than a mile from the White House. On Wednesday, multiple rallies including the 'March for Trump' rally will take place at the same time Congress votes to affirm President-elect Joe Biden's election victory.

Police and businesses in the District are preparing for pro-Trump protests that are expected to take place on Jan. 6.

D.C. Mayor Muriel Bowser has mobilized the National Guard for traffic control ahead of the demonstrations. Businesses in the downtown area have begun boarding up their store fronts and numerous road closures are planned.