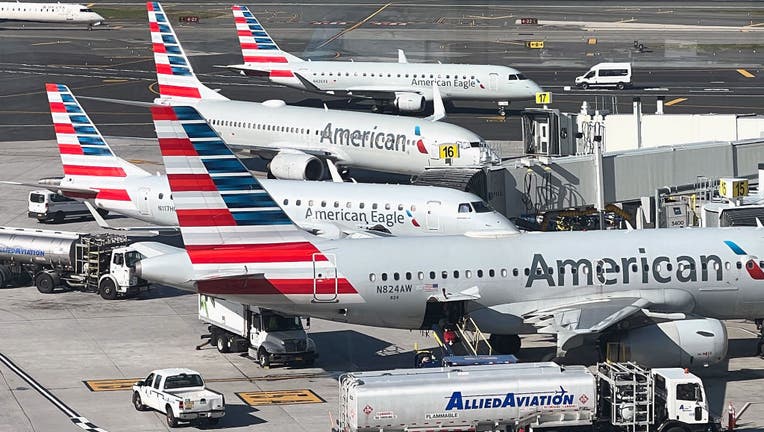 American Airlines jets are parked at their gates at Laguardia AIrport on November 10, 2022 in the Queens borough of New York City. (Photo by Bruce Bennett/Getty Images)

The Labor Department said Wednesday that employees who filed complaints about illnesses were allegedly docked attendance points and discouraged from reporting work-related injuries and illnesses.

"The safety of our team members and customers is always American’s top priority," American Airlines said in a statement emailed to FOX Business. "We respectfully disagree with the investigator’s findings and have scheduled a conference with OSHA to further discuss the investigation."

"Our investigation found that the flight attendants engaged in protected activities when they reported illnesses related to jet fuel fumes seeping into the aircraft cabin," OSHA Area Director Timothy Minor said in Fort Worth, Tex. "Workers must feel empowered to inform managers and others about potential hazards that jeopardize workers’ safety and health."

"Federal law protects workers’ rights to voice workplace safety and health concerns without the fear of retaliation," he continued. "When employers punish employees for doing so, they create a chilling effect that may stop workers from reporting future issues, putting their health and well-being, and that of co-workers, at risk."

The company was given 15 days from the receipt of its citations and penalties to comply, request an informal conference with OSHA's area director or contest the findings before the independent Occupational Safety and Health Review Commission.

Read more of this story on FOX Business.