The jury at Kyle Rittenhouse's murder trial over a string of shootings on the streets of Kenosha watched one of the central pieces of video evidence Wednesday — footage of a man chasing Rittenhouse and throwing a plastic bag at him just before the man was gunned down.

KENSOHA, Wis. - The jury at Kyle Rittenhouse's murder trial over a string of shootings on the streets of Kenosha watched one of the central pieces of video evidence Wednesday – footage of a man chasing Rittenhouse and throwing a plastic bag at him just before the man was gunned down.

Someone is heard yelling "F--- you!," followed by the sounds of the four shots Rittenhouse fired, killing Joseph Rosenbaum, though the shooting itself is not clearly seen on camera. Rosenbaum was the first of three men Rittenhouse shot that night, two of them fatally.

FOX6 News learned late Wednesday that there is an issue with juror No. 7 over a joke told to a deputy when the court was either cleared or in recess. The state wants the juror gone, and the judge said he wants to hear the juror's side and will take it up Thursday.

The juror is one of 20. Only 12 jurors, in the end, will be making a decision on the verdict. 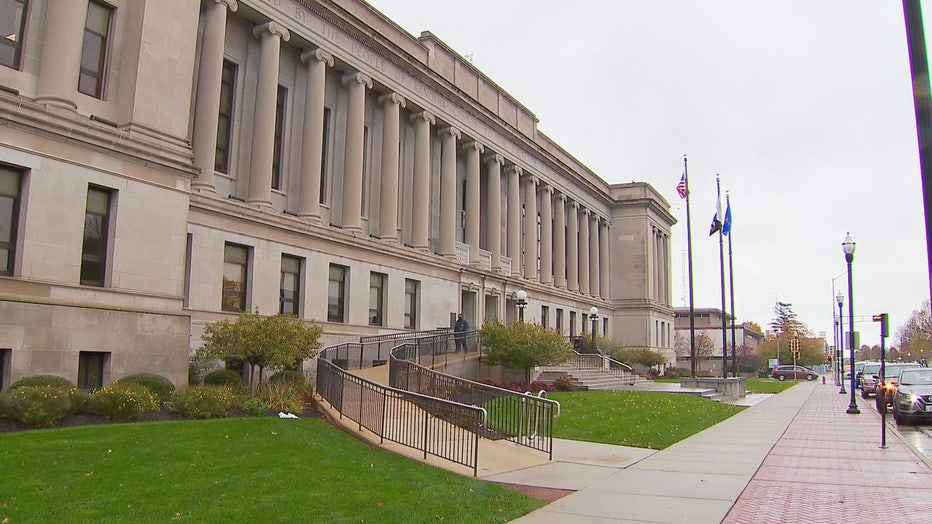 Footage shown to the jury depicted Rosenbaum lying on the ground as frantic bystanders surrounded him to help. He had a wound to his head, and a bystander placed a shirt on it to apply pressure.

Both the prosecution and defense analyzed each of the videos shown, frame by frame. Less than four minutes passed between the start of the interaction between Rittenhouse and Rosenbaum and the time Rittenhouse is seen walking with his hands up toward police.

The scenes were part of a wealth of video played in court that captured the chaos and the repeated sound of gunfire on the night the 17-year-old aspiring police officer fired an assault-style rifle during a tumultuous demonstration against police brutality in the summer of 2020.

In the courtroom, Rittenhouse – seated in the jurors' line of sight – kept his eyes fixed on a desktop screen and showed no emotion as video depicted him walking down a street with his rifle and shooting at protesters, people scattering and screaming.

Many of the videos played in court were found by police on social media sites, where lots of footage was promptly posted after the bloodshed, and many of the scenes were familiar to those following the case.

Rittenhouse, now 18, could get life in prison if convicted in the politically polarizing case that has stirred furious debate over self-defense, vigilantism, the right to bear arms, and the racial unrest that erupted around the U.S. after the killing of George Floyd in Minneapolis and other cases like it. 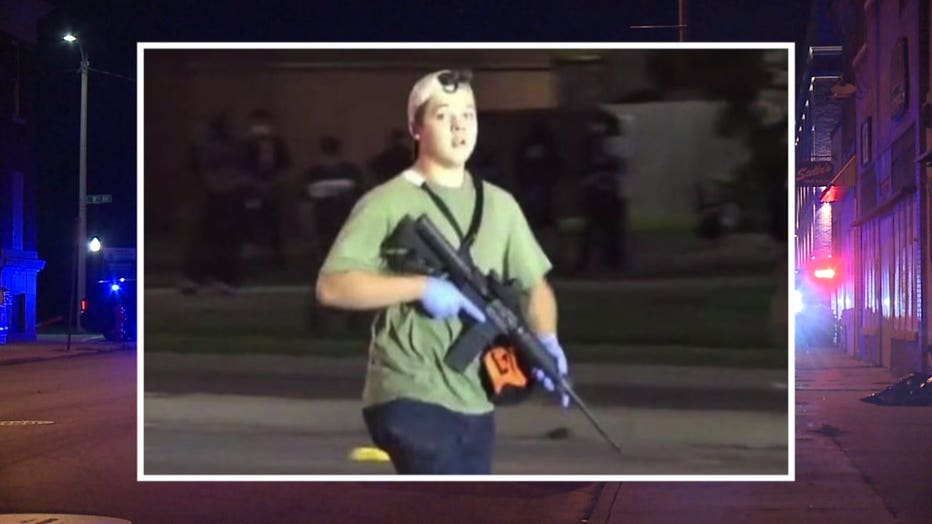 The young man traveled to Kenosha from his home in Illinois after violent protests broke out over the shooting of a Black man, Jacob Blake, by a white Kenosha police officer. Rittenhouse said he went there to protect property after two nights in which rioters set fires and ransacked businesses.

In one video, Rittenhouse told the person recording it why he was there.

"People are getting injured, and our job is to protect this business and part of my job is to also help people," Rittenhouse said in the video. "If there’s somebody hurt, I’m running into harm's way. That’s why I have my rifle because I need to protect myself obviously. I also have my med kit." 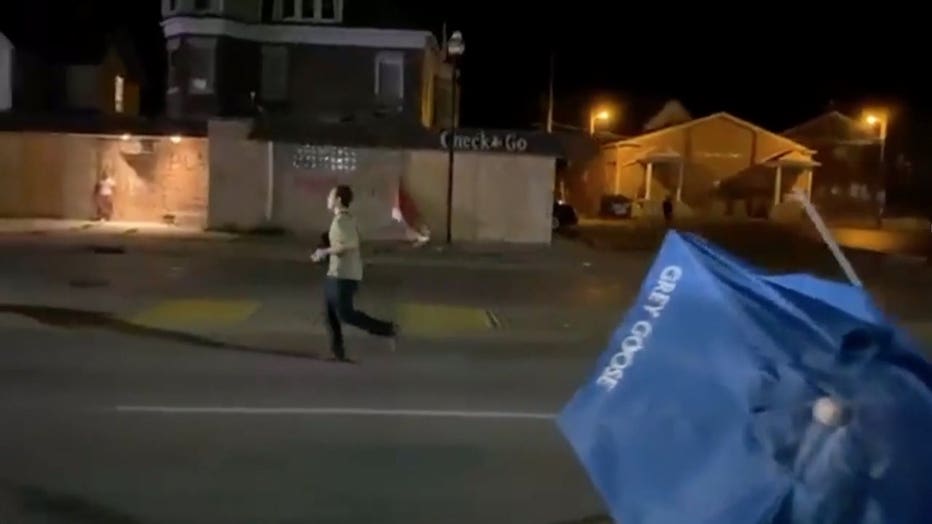 Prosecutors have portrayed him as the instigator of the bloodshed, while his lawyer argued that he acted in self-defense after Rosenbaum tried to grab his gun and others in the crowd kicked him in the face and hit him in the head with a skateboard. 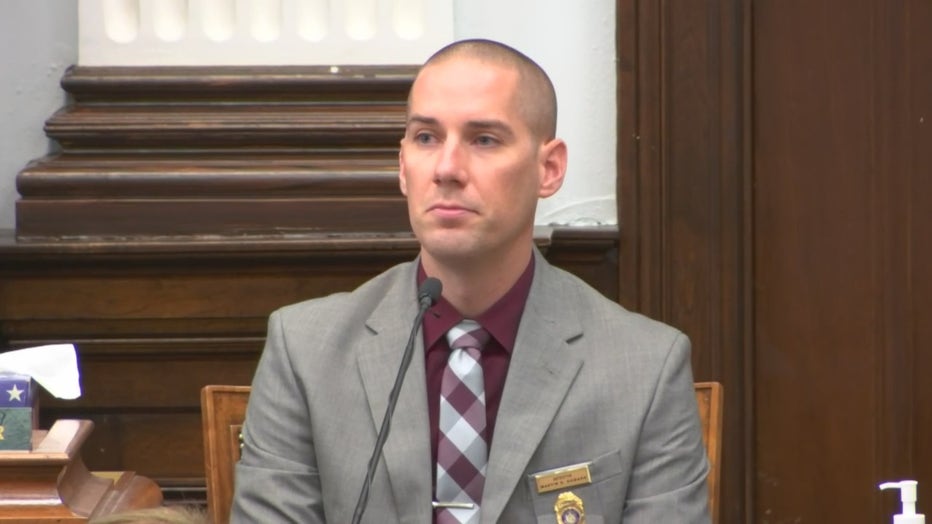 Prosecutor Thomas Binger drove home the point that Rosenbaum was apparently unarmed, asking Kenosha Detective Martin Howard if any of the videos shown in court indicated Rosenbaum had a weapon of any kind. Howard replied no.

"I can only see a plastic bag he’s carrying," Howard said.

"So no gun? Binger asked.

"No," replied Howard, who repeated the answer when Binger also asked him whether Rosenbaum carried a knife, bat or club.

But on cross-examination, Rittenhouse attorney Mark Richards asked Howard what can happen if a weapon is taken from someone.

"It can be used against them as a deadly and dangerous weapon, correct?" Richards asked. 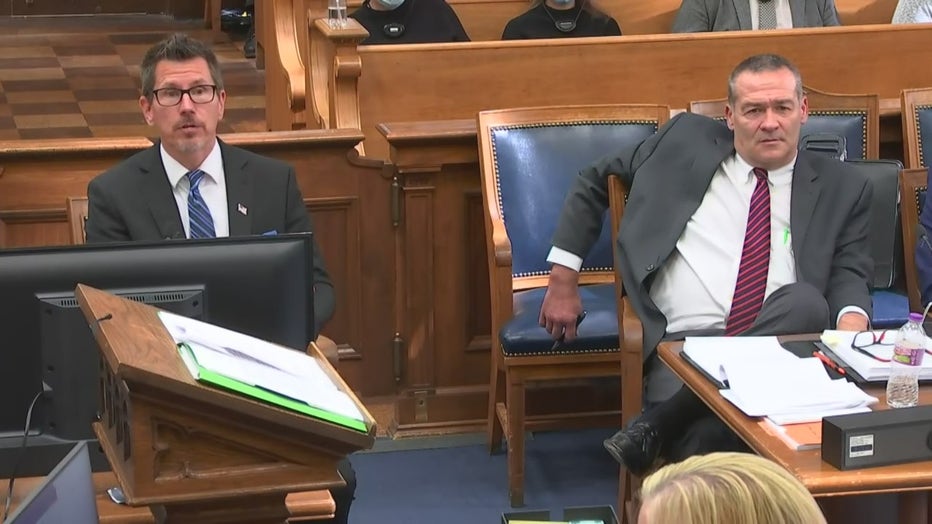 The defense attorney, describing how Rosenbaum came out from behind a car to meet Rittenhouse before the shooting, said to the detective: "Correct me if I’m wrong, but this looks like the classic ambush."

After prosecutors objected, Richards said: "Mr. Rosenbaum is in hiding as my client arrives, correct?"

"It appears so, yes," Howard answered. 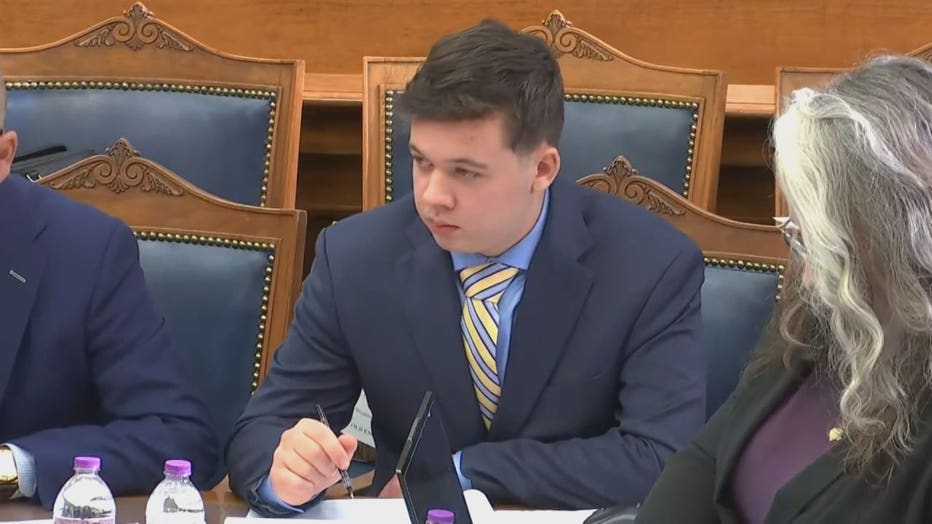 Other video played for the jury showed Rittenhouse saying before the shootings that he was there to protect property and provide medical care to anyone who was hurt.

An interviewer mentioned non-lethal weapons and Rittenhouse responded: "We don’t have non-lethal." The man filming the video then asked if Rittenhouse was "full-on" ready to defend the property and he replied, "Yes, we are."

Yet another video captured the sound of a single gunshot, which authorities said was fired into the air by someone in the crowd other than Rittenhouse. The defense has said that that shot made Rittenhouse think he was under attack.

Jurors set their notepads aside and kept their eyes glued to the courtroom monitors as video showed people carrying one of the wounded as some screamed for medical help. 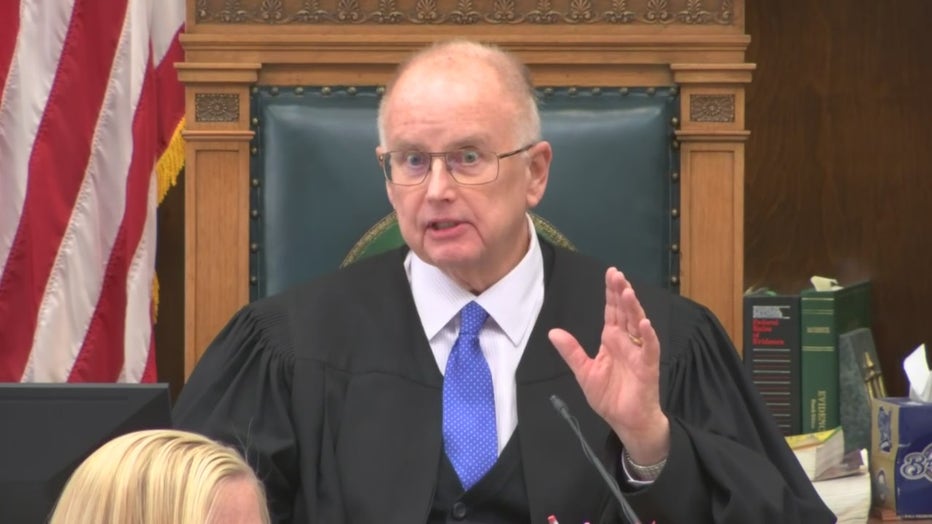 One of the videos shown in court cause disagreement between the defense and prosecution on portions of audio that should and should not be played. Judge Bruce Schroeder had the jury go to the library and gave a speech to both sides on the importance of getting the trial right. 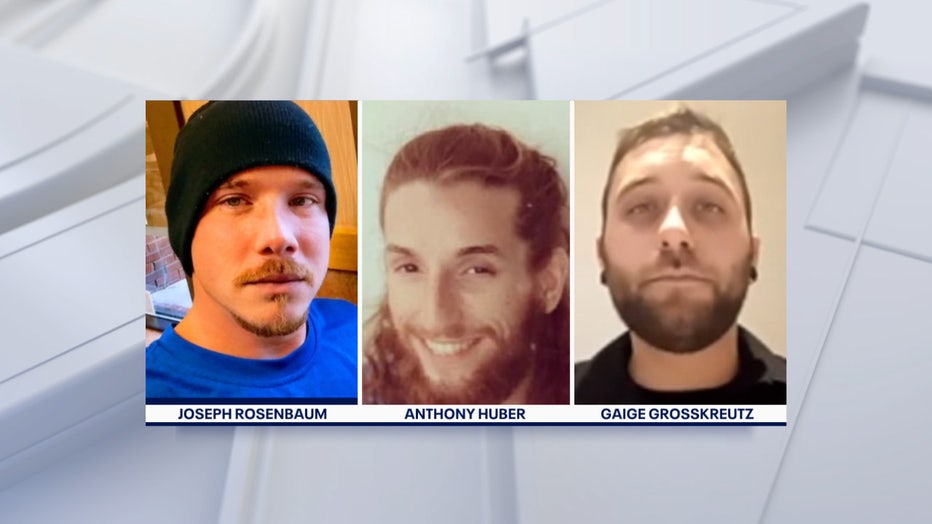 Earlier, jurors seemed to take extensive notes when testimony turned to the level of violence at the Kenosha protests, which included protesters throwing firebombs and rocks on the night of the shooting.

Moments after shooting the 36-year-old Rosenbaum, Rittenhouse shot and killed Anthony Huber, 26, a protester from Silver Lake, Wisconsin, who was seen on bystander video hitting Rittenhouse with a skateboard.

Rittenhouse then wounded Gaige Grosskreutz, 27, a protester from West Allis, Wisconsin, who had a gun in his hand as he stepped toward Rittenhouse.