Knott's Berry Farm reopened Sunday after the park was forced to close early Saturday. Multiple people were injured after fights broke out in the park, according to Buena Park Police. Officials are still investigating what happened.

Reports of incidents at the park came in just before 8 p.m., according to the Orange County Fire Authority. Initial reports suggested that there was some sort of shooting incident at the park, but police have determined there was no evidence to suggest a shooting happened.

"We’re currently working an incident at Knotts Berry Farm involving multiple fights in the park," the department told FOX 11. "A report of shots fired was reported with numerous 911 callers. Officers were on scene during the calls and determined there was no shooting. Knott's Berry Farm has closed for the night, and we ask you avoid the area until further notice." 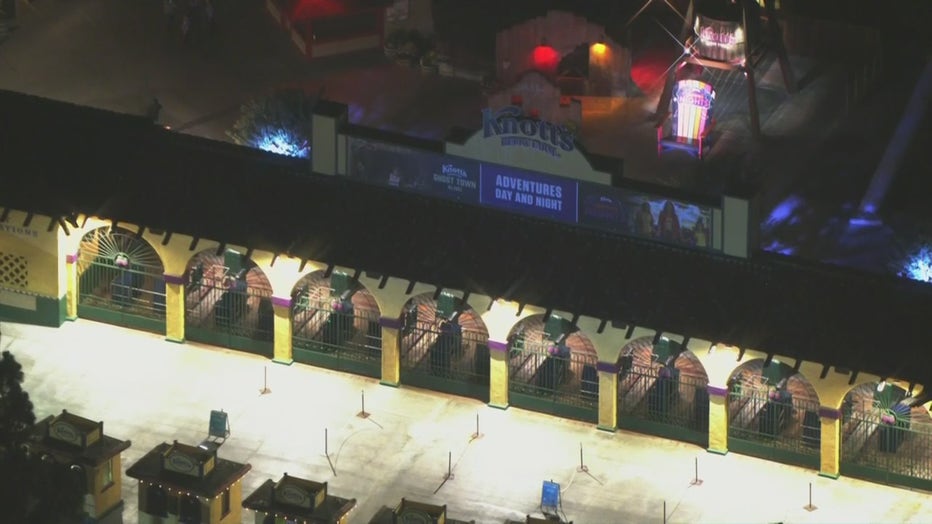 The park was supposed to be open until 11 p.m. Saturday for Knott's Summer Nights.

"The safety of Knott's Berry Farm's guests and associates is always our top priority. On Saturday evening, the decision was made to close the park 3 hours early due to unruly behavior and altercations involving a number of teenagers. This behavior did not align with our park's values, and was not the experience we want any guest to have while visiting Knott's Berry Farm.''

Police have not reported any arrests.

Knott's said the park would reopen for normal operations Sunday.