A top South Korean official says his country is confident there have been no unusual developments in North Korea, suggesting that rumors about the possible ill health of leader Kim Jong Un are untrue.

A top South Korean official believes that North Korean leader Kim Jong Un may have missed the birthday celebration of his grandfather on April 15 because of the coronavirus pandemic and not because he was ill, according to a report on Tuesday.

Amid rumors regarding Kim's health, his absence from certain events could have stemmed from steps taken recently in North Korea to limit a potential coronavirus outbreak, officials say.

"It is true that he had never missed the anniversary for [state founder] Kim II Sung's birthday since he took power, but many anniversary events, including celebrations and a banquet, had been canceled because of coronavirus concerns," Unification Minister Kim Yeon-chul said at a parliamentary hearing, according to Reuters.

North Korea has canceled some large events, imposed a border lockdown, and increased quarantine measures in an effort to prevent an outbreak of the coronavirus. Officials in South Korea have also reportedly detected no unusual movements in the country while cautioning against reports that Kim might be ill, the news organization reported.

Comments by South Korea have failed to extinguish the rumors about Kim, fed by the silence of North Korea's state media about their leader's whereabouts.

Satellite images released Saturday showed that a train allegedly belonging to Kim has been parked at his compound last week.

“The train’s presence does not prove the whereabouts of the North Korean leader or indicate anything about his health, but it does lend weight to reports that Kim is staying at an elite area on the country’s eastern coast,” said 38 North, a website specializing in North Korean studies, which released the photos.

Chad O'Carroll, CEO of Korea Risk Group, which monitors North Korea, said if Kim was hiding due to COVID-19 fears, it would "puncture a hole in the state media narrative of how this crisis has been perfectly managed."

North Korea has said it had no cases.

"If he is merely trying to avoid infection, it should theoretically be very easy to release photos or videos of a healthy-looking Kim," he said, according to Reuters. 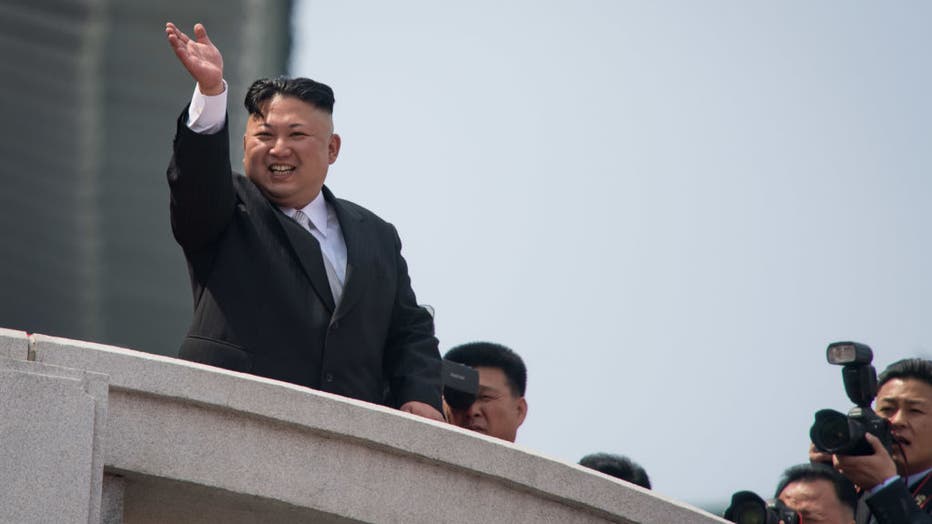 Meanwhile, President Trump said on Monday that he has a good idea of how Kim Jong Un is doing.

“I hope he’s fine, I do know how he’s doing, you’ll probably be hearing in the not too distant future,” the president added.

If something were to happen to Kim, some experts say it could lead to instability in North Korea.