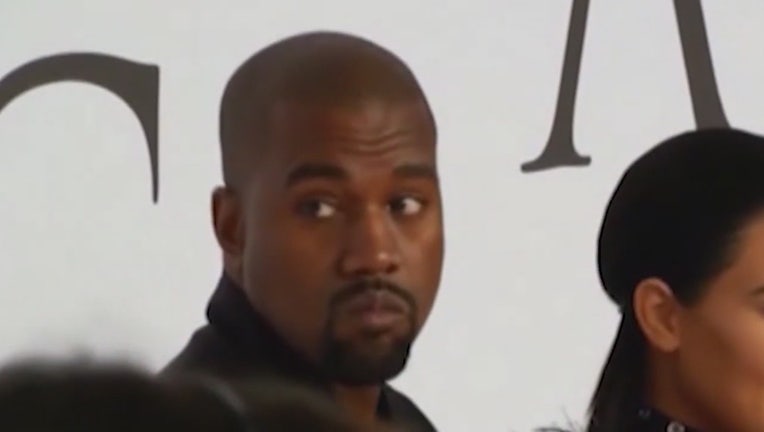 LOS ANGELES (FOX 11 / CNS) - Kanye West left Ronald Reagan UCLA Medical Center on Wednesday, more than a week after he was taken to the hospital by ambulance after suffering some type of breakdown.

There's been no official word on what actually led to the rapper's hospitalization, but various reports have circulated that he was being treated for exhaustion and was under psychiatric evaluation.

West, 39, was hospitalized Nov. 21, after police received a call about a disturbance at a home in the 900 block of North Laurel Avenue, near the Fairfax District. West was reportedly at the home of his personal trainer, Harley Pasternak, at the time.

Police who responded to the call eventually summoned paramedics, who took West to the hospital. TMZ reported that West's doctor called 911, suggesting his patient was suffering from sleep deprivation and exhaustion.

The hospitalization came just hours after West canceled the remaining shows on his Saint Pablo Tour, including a pre-Thanksgiving appearance in Anaheim.

On Nov. 20, West canceled a scheduled 8 p.m. concert at the Forum with about three hours notice. Some concertgoers did not learn of the cancellation until they showed up at the Inglewood arena.

The concert was supposed to be a makeup for West leaving early from a Nov. 3 appearance at the Forum due to what he called vocal issues.

One day earlier, the rapper walked off stage four songs into a concert in Sacramento, a show in which he took the stage about 90 minutes late.

At that concert, West went into a tirade in which he railed against Beyonce, Jay Z, former Secretary of State Hillary Clinton, the radio industry and the media, before exiting the stage.

During a San Jose appearance the week prior, West elicited boos when he told the crowd in a well-publicized, profanity-laced dialogue that he didn't vote in the presidential election, but he would have voted for Donald J. Trump.