ARLINGTON COUNTY, Va. (FOX 5 DC) - A juvenile was stabbed while running along the Custis Trail in Arlington, police say.

Arlington County Police say officers were dispatched to the report of a stabbing around 8:49 p.m. on Saturday. Officers located the juvenile male victim and administered medical care. 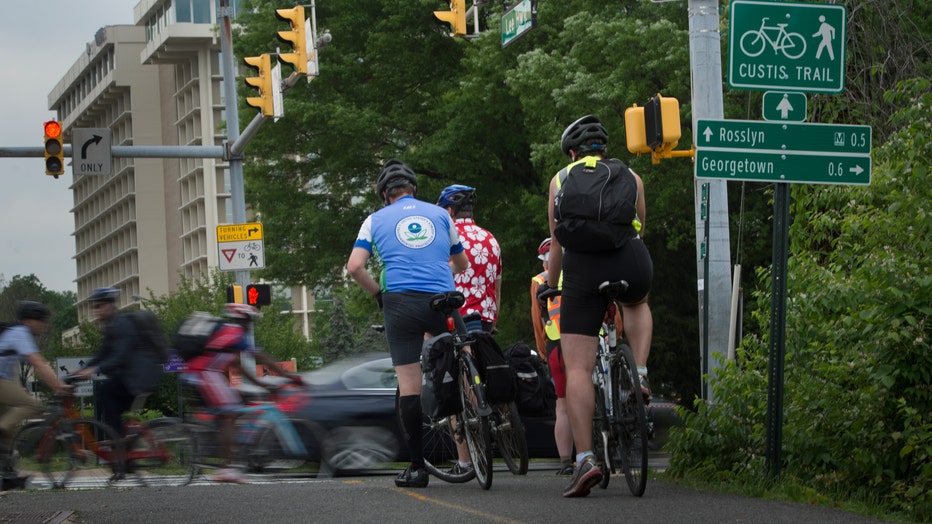 ROSSLYN, VA MAY 9: Bicyclists, pedestrians and motorists intersect at N. Lynn Street Custis Trail and Lee Highway near the Key bridge in Rosslyn, Virginia, on Friday, May 9, 2014. The intersection has become dangerous for cyclists as vehicles maneuve

The victim was transported to an area hospital with injuries considered serious but non-life threatening.

READ MORE: 15 injured after fiery crash in Arlington where car runs into restaurant

After further investigation, it was determined the victim was running along the Custis Trail prior to Washington Boulevard when an unknown male suspect allegedly approached, stabbed him and fled the scene on foot.

The victim described the suspect as an Asian or Hispanic male wearing a striped shirt and shorts. The investigation is ongoing.