In a case that exposed Silicon Valley’s culture of hubris and hype, Elizabeth Holmes was convicted Monday of duping investors into believing her startup Theranos had developed a revolutionary medical device that could detect a multitude of diseases and conditions from a few drops of blood.

The jury found her not guilty of four other felony charges. On the three remaining charges, the jury was deadlocked.

The panel of eight men and four women reached the verdict on Monday on the seventh day of deliberations in the closely watched trial of the failed blood testing company’s former CEO. The jury took two breaks for the Christmas and New Year's holidays.

Hours before the jury reached a verdict, the panel told U.S. Court District Judge they were deadlocked on three of the 11 counts.

So, Davila sent them back to deliberate. Later in the afternoon, the jury returned a second note saying they were stuck on those three counts and would not be able to reach a verdict on them. They returned to the jury room, where the judge said they should fill out a verdict form on the other 8 counts if they were ready. 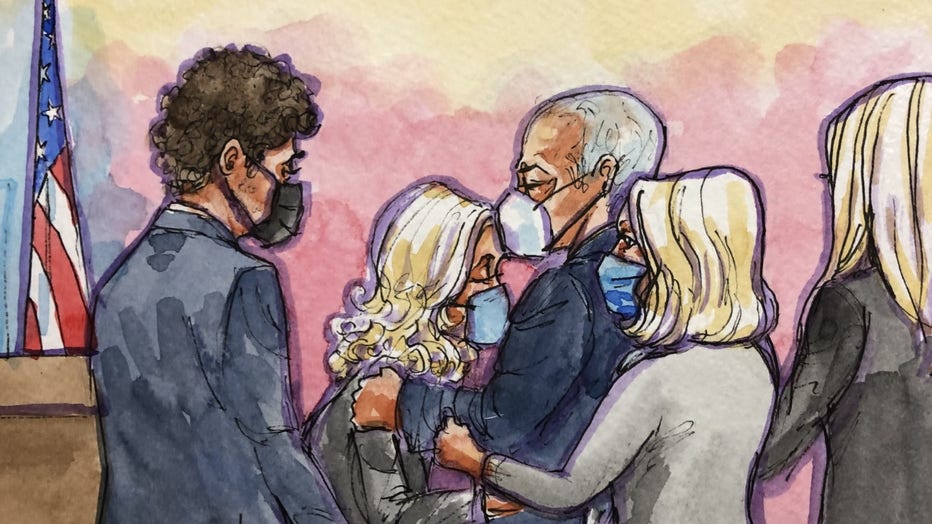 Holmes, her family, and attorneys rushed back to court for a second time in one day to await the jury's decision.

Holmes faced nine counts of fraud and two counts of conspiracy for allegedly deceiving patients and investors in her company.

The case has captured international attention and has been the subject of several documentaries, podcasts and now a featured film and separate drama series that are in production.

While the case is being watched around the globe, the blow back from the charges have had their own repercussions here in Silicon Valley.

The charges double as an indictment on practices with venture funding in tech culture – specifically the "fake it till you make it" ethos that so many major companies have embraced over the years.

But while many CEOs are known to embellish on what their companies may one day achieve, Holmes’ behavior is seen by many experts as a step too far.

Elizabeth Holmes on Monday was convicted on four counts of fraud and conspiracy Monday.

In 2013, Theranos launched in Walgreens stores, and began testing patients’ blood in Arizona and California despite major questions about how well its analyzers worked.

The trial began with jury selection in late August and spanned nearly four months with 32 witnesses testifying. While the prosecution called 29 people to the stand, the defense focused its case on the testimony of Holmes herself, who spent seven days on direct and cross-examination before the defense rested its case.

The prosecution submitted hundreds of exhibits into evidence including emails, documents and recorded conversations between Holmes and investors as well as journalist Roger Parloff – who wrote a 2014 profile of Holmes that launched her to media superstardom.

Parloff later published a substantial correction to the piece, saying he’d been deceived in his numerous interviews. 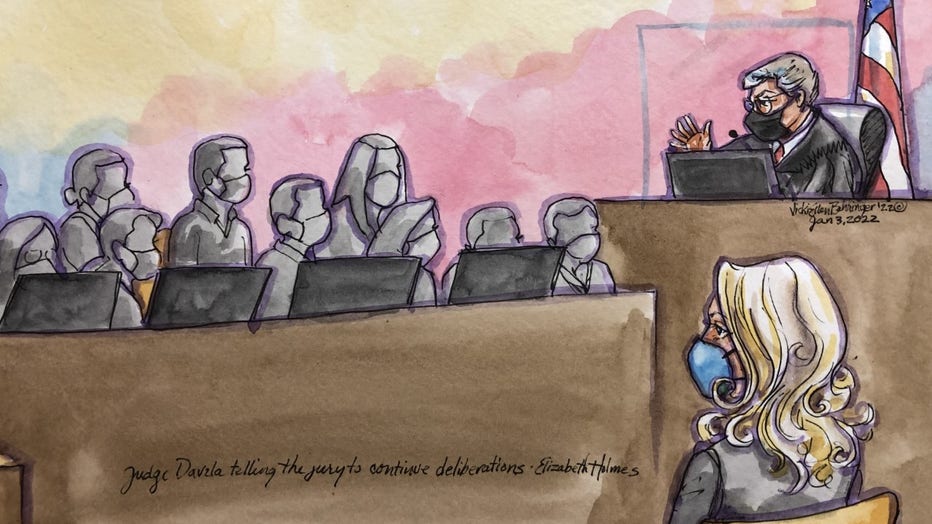 The prosecution pointed to several damning claims by Holmes, including that Theranos’ analyzers were "comprehensively validated" by major pharmaceutical companies, that they were being deployed in combat by the Department and Defense and that they could do any number of tests faster, cheaper and more accurately than those offered by conventional labs.

Holmes also admitted she never told any investors or Walgreens that her company was using modified Siemens analyzers for most of their tests – not the Edison analyzers that were the foundational technology of the company.

MORE: Elizabeth Holmes: How the evidence stacks up against Theranos founder ahead of closing statements

Holmes’ defense attacked each of the counts in the prosecution’s indictment throughout cross-examination and in closing. Defense attorneys Kevin Downey and Lance Wade explained that Holmes cared deeply about Theranos, founding the company after her freshman year at Stanford in 2003, and had no motivation to defraud anyone.

Holmes even testified that she was abused by her partner and former boyfriend Sunny Balwani – Theranos’ COO and co-defendant in the case. Their trials were separated. His is scheduled to begin in January. 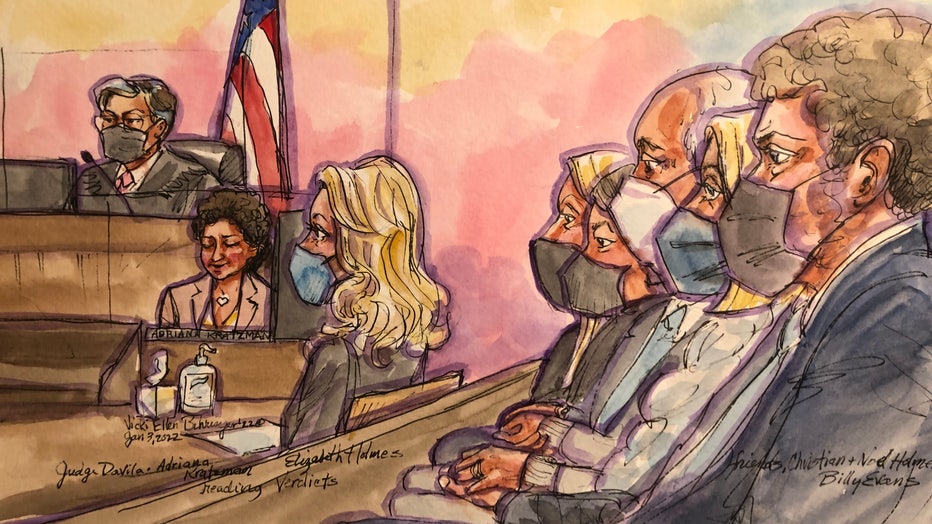 In closing, Downey explained that Holems’ claims about the performance of her analyzers referred to the minilab or series 4 analyzer that was still in the research and development phase.

As far as her claims about pharmaceutical company and the military, Downey pointed out Theranos’ participation in various studies with big pharma companies before 2010 as well as communications with the Department of Defense over the years.

Holmes on the witness stand attempted to explain away Theranos’ use of third-party analyzers as "trade secrets," saying her company found a way to manipulated existing machines that could be used by others.

Downey made clear to the jury that they must find Holmes not only had knowledge of the alleged crimes in the indictment, but that she had intent to commit the fraud.