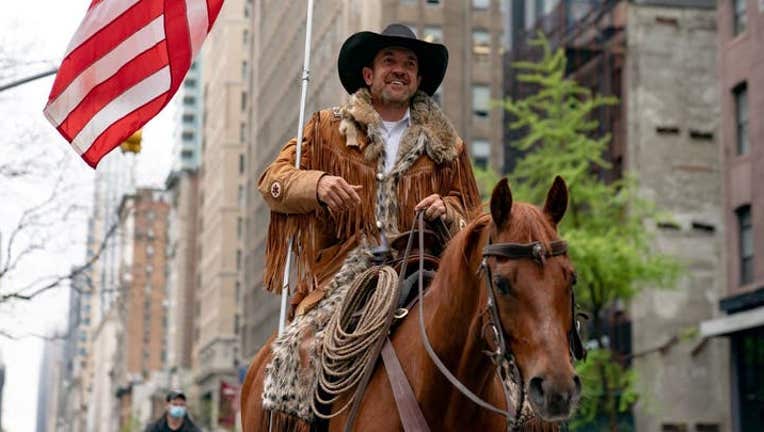 A New Mexico judge has removed a county commissioner from office and disqualified him from running for future office in response to his participation in the Jan. 6, 2021, Capitol Hill riot.

Griffin was previously convicted in federal court of a misdemeanor for entering Capitol grounds on Jan. 6. He was sentenced to 14 days and given credit for time served.

Additionally, the ruling immediately removes Griffin from his position as a commissioner in Otero County in southern New Mexico.

The judge ruled that Griffin participated in an "insurrection after taking his oath" at the U.S. Capitol and that he violated Section 3 of the 14th Amendment.

"Mr. Griffin aided the insurrection even though he did not personally engage in violence," Mathew wrote. "By joining the mob and trespassing on restricted Capitol grounds, Mr. Griffin contributed to delaying Congress’s election-certification proceedings."

The ruling marks the first time since 1869 that a court has disqualified a public official from office via Section 3, according to a press release from the nonprofit government ethics watchdog Citizens for Responsibility and Ethics in Washington, D.C.

The NAACP had previously called for Griffin's removal from public office in August and alleged that he had tried to disenfranchise voters.

Elected in 2018, Griffin withstood a recall vote last year but isn’t running for reelection or for any other office in November.

"Today's ruling is only further evidence of the blatant tyranny raising its head in our great country," Griffin told Fox News Digital. "My actions leading up and on the day of Jan 6th were driven by concern but solely on the grounds of peace. My concern was that election laws had been broken, and my efforts were to lobby Mike Pence to vote no on a yes/no vote. I was concerned about laws being broken and only wanted those laws upheld and respected.

The statement continued, "I only prayed that my presence as well as the presence of so many others would encourage Mike Pence to give the states the lawful authority to examine more closely the election results of 2020 and give those states the power to certify the vote on the state level."

Griffin told Fox News Digital that "as time has passed we have proven that we were right in our position that our elections were compromised." He added that he had "no intention" of "insurrection nor rebellion" when he went to the Capitol.

Griffin added that a "liberal district court judge" removing him from office is a "disgrace."

"I say that not only because he fails to have jurisdiction to do so but also because there was a recall waged against me after Jan 6 that failed miserably," Griffin explained, adding that his character has been assassinated throughout this legal process.