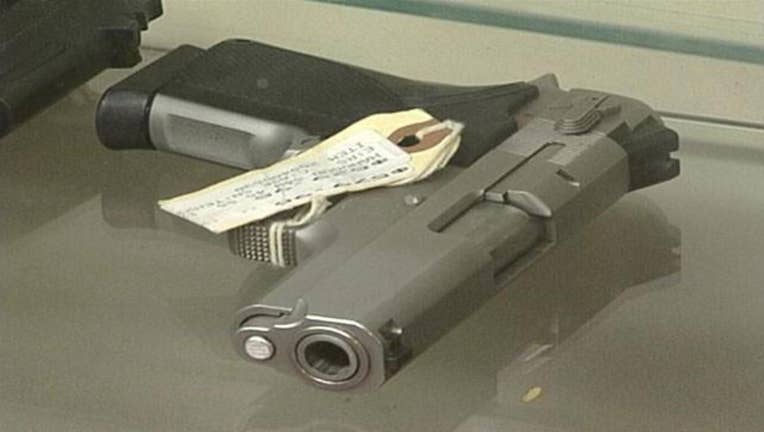 WASHINGTON (AP) -- A federal judge in Washington halted enforcement of a portion of the city's strict gun law Tuesday in a ruling that conflicts with another judge's assessment of the law earlier this year and sets up two competing views for a higher court.

U.S. District Court Judge Richard J. Leon ruled Tuesday that a section of the city's law that requires people who want to carry a gun in public to show a "good reason to fear injury" or another "proper reason" to carry the weapon "likely places an unconstitutional burden" on citizens' right to bear arms.

Kollar-Kotelly was nominated by a Democrat, President Bill Clinton, and Leon by a Republican, President George W. Bush.

D.C. Attorney General Karl A. Racine, whose office has been defending the law, said his office believes the city's law is constitutional and will ask Leon to put his ruling on hold while the city appeals.

"We believe that the District's gun laws are reasonable and necessary to ensure public safety in a dense urban area," he said in a statement.

Tuesday's case involves a District of Columbia resident, Matthew Grace, and a shooting group he belongs to, the Pink Pistols. They are challenging the city's requirement that a person who wants to carry a concealed handgun outside the home show he or she has a "good reason to fear injury to his or her person or property" or another "proper reason" for carrying the weapon. Reasons might include a personal threat, or a job that requires a person to carry or protect cash or valuables.

Leon characterized the city's law as an "understandable, but overly zealous, desire to restrict the right to carry in public a firearm for self-defense to the smallest possible number of law-abiding, responsible" citizens.

"Because the right to bear arms includes the right to carry firearms for self-defense both in and outside the home, I find that the District's 'good reason' requirement likely places an unconstitutional burden on this right," he wrote in a 46-page ruling.

Charles Cooper, an attorney representing Grace and the shooting group, said Tuesday he was "really gratified" by the ruling.