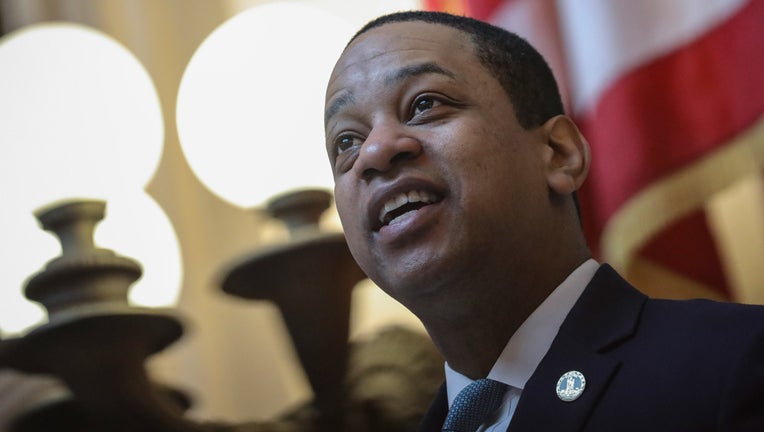 ALEXANDRIA, Va. (AP) - A judge on Tuesday tossed out a libel lawsuit filed by Virginia Lt. Gov. Justin Fairfax against a television network he accused of slanted reporting on sexual assault allegations levied against him.

U.S. District Judge Anthony Trenga in Alexandria dismissed the lawsuit. But he declined to grant CBS' request that the network be awarded attorney's fees, disagreeing with the network's contention that Fairfax's lawsuit amounted to an abuse of the legal process.

Fairfax sued CBS for $400 million in September, after the network aired exclusive interviews with two women, Vanessa Tyson and Meredith Watson, who accused him of sexual assault more than 15 years ago.

Fairfax alleged the network reported the allegations in a way that insinuated his guilt.

CBS lawyers defended the network's journalism and accused Fairfax of using the lawsuit to attack his accusers.

Fairfax has said he felt compelled to file the lawsuit to try to clear his name after the allegations were made. He said he has taken a lie-detector test and begged for police to investigate to no avail. The libel lawsuit, he said, provided the next best way to prove his innocence.

In a statement Tuesday, Fairfax said he will appeal the idsmissal to the 4th U.S. Circuit Court of Appeals in Richmond.

“Since these false, fabricated and politically motivated allegations were made more than a year ago at the precise moment it was speculated I would rise to Virginia’s Governorship, I have been denied any meaningful opportunity to establish the truth, clear my name and get justice. I will not stop until I do and can put an end to this political smear campaign.”

The allegations against Fairfax, a Democrat, came in February 2019 when Democratic Gov. Ralph Northam faced calls to resign after the blackface photo emerged on his yearbook page. But the allegations against Fairfax blunted the momentum of those seeking Northam's resignation. Both Northam and Fairfax have remained in office, as has Democratic Attorney General Mark Herring, who acknowledged around the same time that he had worn blackface in college.