Attorneys for Amber Heard questioned her ex-husband Johnny Depp about photos that appeared to show cocaine and large bags of marijuana they say belonged to the actor.

FAIRFAX COUNTY, Va. - Attorneys for Amber Heard questioned her ex-husband Johnny Depp about photos that appeared to show cocaine and large bags of marijuana they say belonged to the actor. 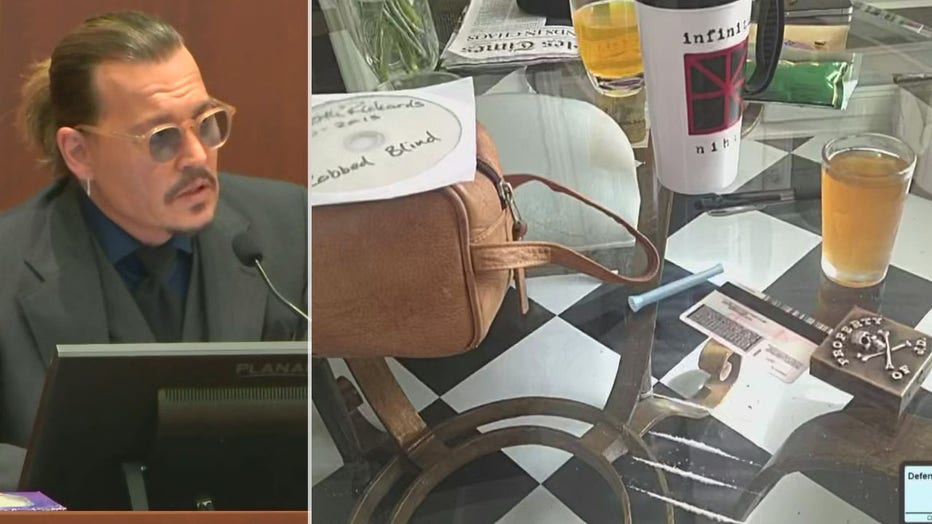 The photo was taken at Heard's former home while Depp was working on a documentary about Keith Richards, Heard's attorneys say. The argument, they say, caused Depp to be late to the set. 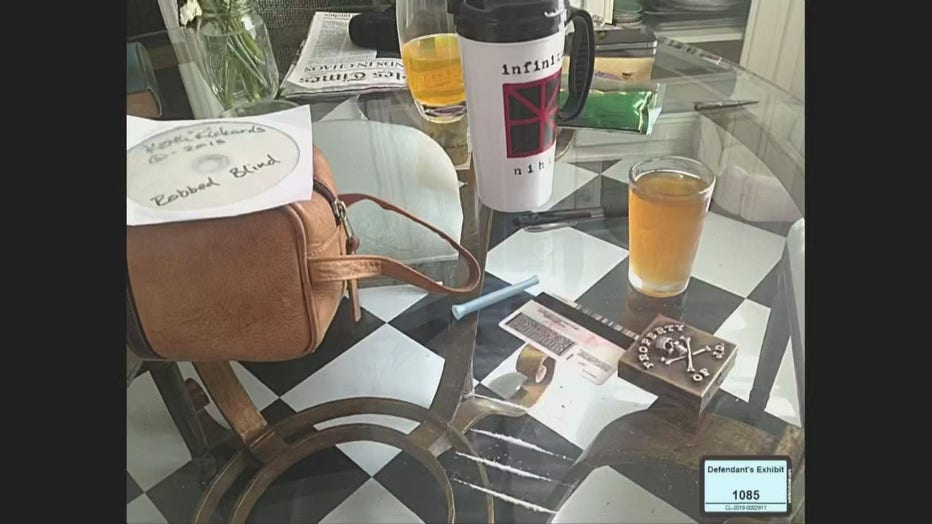 Depp said he had "fallen off the wagon," during the time the photo was taken. When asked if he sometimes drank whiskey in the morning during this period, Depp answered, "Isn't happy hour anytime?"

When asked by attorneys if the white lines in the photo were indeed cocaine, Depp answered, "I would assume." When asked if the cocaine was his and if he kept it in a box that says, 'Property of JD' with a skull and crossbones image on it, Depp answered, "Well the beautiful composition of the photograph would suggest that, certainly." 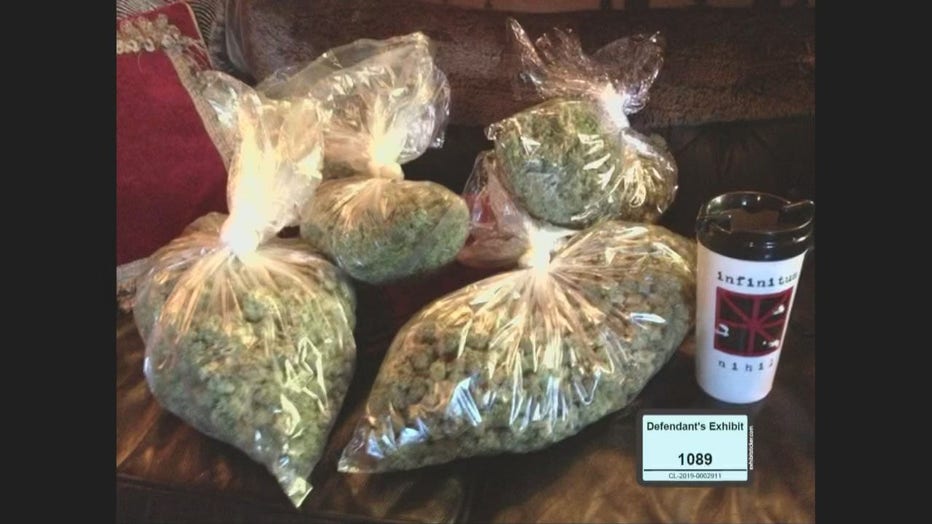 Depp said the box was a gift – but couldn't say if he carried cocaine in it.

Heard's attorneys also showed Depp a photo showing four large bags of marijuana. The actor confirmed that the photo was taken in a recording studio that belonged to him.

Depp testified Wednesday that despite constant quarrels with Heard, he never struck her.

During a brief cross-examination period Wednesday, Depp said Heard's allegations that he physically and sexually assaulted her on multiple occasions -- before and during their brief marriage -- devastated his career.

"Violence isn't necessary," Depp said from the stand during his second day of testimony. "Why would you hit someone to make them agree with you?"

Depp was on the stand both Tuesday and Wednesday taking questions from his own attorneys before about 20 minutes of cross-examination yesterday.

Earlier this week Depp discussed a childhood of physical abuse, his early movie career, and even apologized to the jury for the vulgar language he used in past text messages to describe Heard that had been introduced as evidence. He described Heard's allegations of his substance abuse as being "grossly embellished" and said there were no moments where he's been out of control.

Depp admitted to becoming addicted to pain medication following an injury on the set of the fourth "Pirates of the Caribbean" movie. He said he has experienced long periods of sobriety over the years.

The trial began last week when a jury was selected in a long-anticipated libel lawsuit filed by Depp against Heard over an op-ed piece she wrote in The Washington Post in 2018 in which Heard refers to herself as a "public figure representing domestic abuse."

The Post article doesn't mention Depp by name, but he says it clearly refers to her allegation that she suffered physical abuse at his hands. Depp denies the allegation.

Isaac Baruch, a longtime friend and next-door neighbor of Depp testified that Amber Heard told him Depp had hit her but he never saw evidence of abuse on her face.