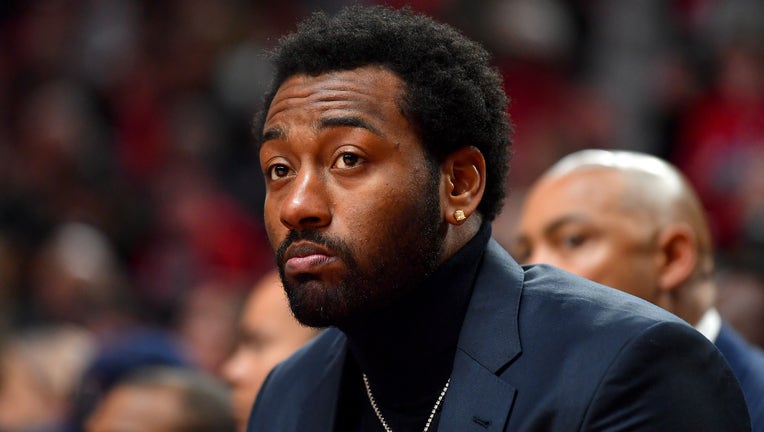 John Wall #2 of the Washington Wizards looks on during the game against the Portland Trail Blazers at the Moda Center on March 04, 2020 in Portland, Oregon. (Photo by Alika Jenner/Getty Images)

WASHINGTON - John Wall, the Wizards' long-time face of the franchise, now reportedly wants out of town.

The Wizards' star point guard has asked the team for a trade, according to NBA insider Shams Charania of The Athletic:

Wall's departure would shake up the identity of the Wizards, who drafted the once-electrifying guard No. 1 overall out of Kentucky back in 2010.

Wall is a five-time NBA All-Star, but he's also recovering from an Achilles tendon tear and hasn't played in an NBA game since Dec. 26, 2018.

Wall is entering the second year of a four-year, $171 million contract that owes him $41 million next season. That kind of price in a salary cap sport limits Washington's potential trade partners.

Veteran NBA center Robin Lopez, who is reportedly joining the Wizards on a one-year deal next season, took Wall's trade request news in stride immediately after agreeing to terms with the team last night:

Wall's trade request also presents new questions about the status of his teammate and fellow franchise pillar Bradley Beal, who is coveted by many NBA teams looking to make a run next season. Beal is under contract with the Wizards through 2022.

Wall has averaged about 19 points, nine assists and four rebounds per game in nine seasons with Washington.