WASHINGTON - Jill Biden will undergo a medical procedure next week to remove a small lesion from above her right eye that was discovered during a routine skin cancer screening, the White House announced Wednesday.

The first lady will have the lesion removed during a "common outpatient procedure" next Wednesday, Jan. 11, at Walter Reed National Military Medical Center in Bethesda, Maryland, said Dr. Kevin O’Connor, physician to President Joe Biden, in a memo released by the White House.

O’Connor said doctors recommended that the lesion be removed from Jill Biden, 71, and be examined "in an abundance of caution." He said an update will be provided afterward. 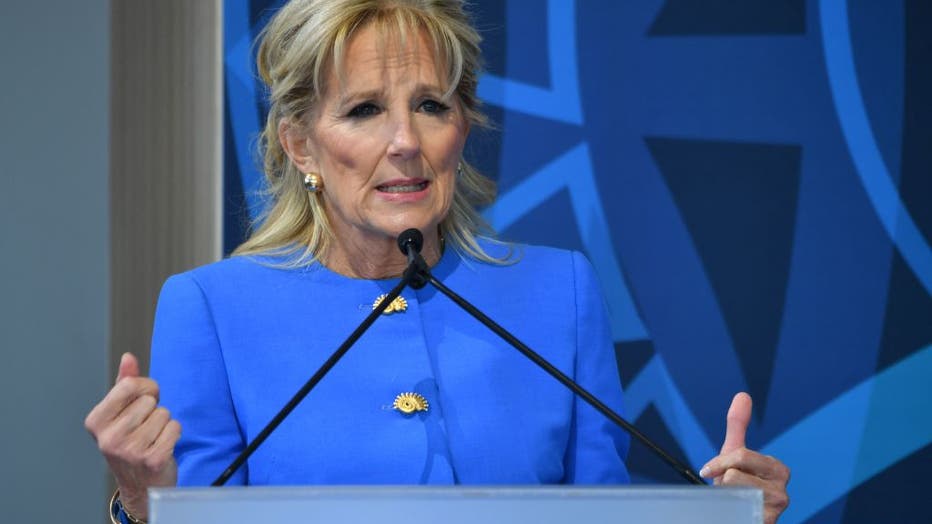 US First Lady Jill Biden hosts a spousal program as part of the US-Africa Leaders' Summit at the REACH at the Kennedy Center for Performing Arts in Washington, DC on December 14, 2022. - The First Lady will convene over 20 spouses for a conversation

The president and first lady returned to the White House on Monday after spending the New Year’s holiday on St. Croix in the U.S. Virgin Islands.

In April 2021, she underwent what the White House said was a common medical procedure. The president accompanied his wife to an outpatient center near the campus of George Washington University and the couple returned to the White House after about two hours.

White House reporter and co-author of, "Jill: A Biography of the First Lady," Darlene Superville discusses her work with FOX 5.

The White House provided no details about that procedure.