Alex Trebek passes away at 80 after cancer battle

Alex Trebek, the longtime host of the game show Jeopardy has passed away at the age of 80.

The late "Jeopardy!" host's wardrobe has been donated by the show and his family to The Doe Fund, according to a press release obtained by People magazine.

Per their website, The Doe Fund an organization that provides resources and opportunities to combat homelessness, incarceration and recidivism.

"During his last day on set, Alex extolled the virtues of everyone opening up their hands and their hearts to those who are suffering," said Mike Richards, executive producer of "Jeopardy!" "Donating his wardrobe to those who are working to rebuild their lives is the perfect way to begin to honor that last request."

The release also stated that the donation was set up by Trebek's son Matthew, a longtime fan of The Doe Fund.

The clothes will be given to participants of the organization's reentry program to be worn in job interviews.

"We are so grateful for the Trebek family's gift to the men we serve. Our programs provide the skills for men to gain employment and become self-sufficient after devastating setbacks, but we're always in need of professional attire to give them an extra leg up. We know that Alex is looking down on us and smiling," Doe Fund President Harriet McDonald said in a statement to Fox News. 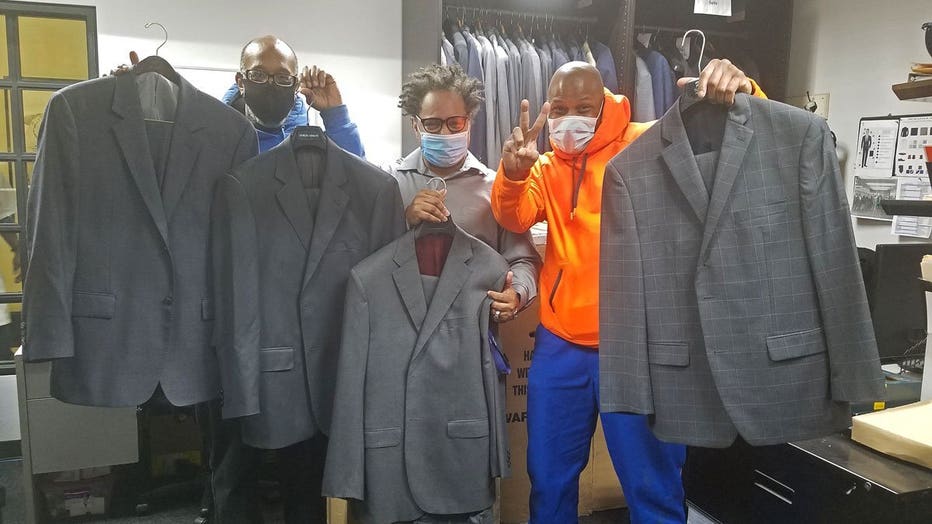 Per their website, The Doe Fund an organization that provides resources and opportunities to combat homelessness, incarceration and recidivism. (Source: The Doe Fund)

In one of his final opening statements on the show before his death, Trebek urged fans to give back to their communities.

"Hello, ladies and gentlemen, you'll recall that about a month ago, I asked all of you to take a moment to give thanks for all of the blessings that you enjoy in your lives," he began in a pre-taped episode that aired in January. "Now today, a different kind of message."

Trebek continued: "This is 'the season of giving,' I know you want to be generous with your family, your friends, your loved ones, but today I'd like you to go one step further."

He asked fans to "open up" their hands and hearts "to those who are still suffering" as a result of the ongoing coronavirus pandemic and "people who are suffering through no fault of their own."

"We're trying to build a gentler, kinder society," Trebek continued. "And if we all pitch in just a little bit, we're gonna get there."

The iconic game show host died at the age of 80 on Nov. 8 after a years-long battle with cancer. Reps for the show and The Doe Fund did not immediately respond to Fox News' request for comment.

Get updates on this story from foxnews.com