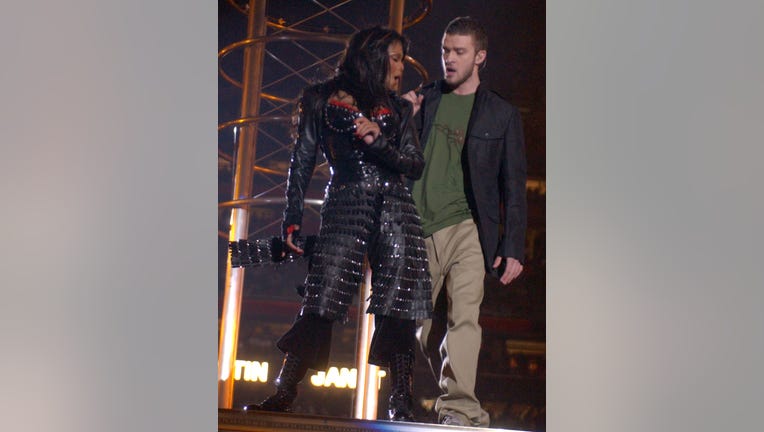 Janet Jackson is thanking her fans for their support of her music career, just one day after Justin Timberlake made a public apology to her and Britney Spears.

Jackson took to her Twitter on Saturday afternoon to share her appreciation for her fans along with the revelation that her 1986 song "Control" has peaked at a No. 1 spot once again.

She added: "I never, never in a million years, I would never think thought this would happen. I really appreciate you and I love you so, so much."

It's unclear what music chart the hit resurfaced on. The song was first released 35 years ago on Feb. 4.

Jackson, who is relatively private about her personal life, appears mostly covered up in the video as she's wearing oversized sunglasses, a face covering, black hat and black coat.

Jackson's statement is also significant in that it makes no mention of Timberlake despite the fact that the 40-year-old singer issued an apology to her and Spears one day prior.

Timberlake made the apology amid intense backlash he received this week following the release of the "Framing Britney Spears" documentary. The program analyzed Timberlake's breakup from Spears, and given that it was released over Super Bowl LV weekend, it also sparked renewed interest in Timberlake and Jackson's infamous 2004 Super Bowl Halftime Show performance in which he pulled back Jackson's outfit and exposed her breast.

Fans slammed Timberlake as they recalled the incident severely impacting Jackson's musical career and boosting his own. The "wardrobe malfunction" led to an investigation by the Federal Communications Commission and Jackson's music being pulled from Viacom channels and radio stations.

On Friday, the "Suit and Tie" singer took to his Instagram to communicate his remorse.

"I've seen the messages, tags, comments, and concerns and I want to respond. I am deeply sorry for the times in my life where my actions contributed to the problem, where I spoke out of turn, or did not speak up for what was right. I understand that I fell short in these moments and in many others and benefited from a system that condones misogyny and racism," Timberlake's statement begins.

"I specifically want to apologize to Britney Spears and Janet Jackson both individually, because I care for and respect these women and I know I failed. I also feel compelled to respond, in part, because everyone involved deserves better and most importantly, because this is a larger conversation that I wholeheartedly want to be part of and grow from…," it continues.

Timberlake went on to call the industry "flawed" for setting "men, especially white men, up for success."

"It’s designed this way. As a man in a privileged position I have to be vocal about this. Because of my ignorance, I didn’t recognize it for all that it was while it was happening in my own life but I do not want to ever benefit from others being pulled down again," he wrote, adding that the apology is a "first step and doesn't absolve the past."

"I want to take accountability for my own missteps in all of this as well as be part of a world that uplifts and supports. I care deeply about the wellbeing of the people I love and have loved. I can do better and I will do better," Timberlake's statement concludes.