LOS ANGELES - A Jamaican national who supplied a flight attendant with nearly 60 pounds of cocaine to smuggle onboard an LAX flight was sentenced Wednesday to 14 years in prison.

In January 2017, Gaston Brown, 42, was charged with two counts of conspiracy to possess and distribute cocaine, one count of unlawful use of a means of identification, one count of use of a counterfeit access device, and one count of aggravated identity theft. He was found guilty on all counts a year later.

According to the Department of Justice, on six occasions between October 2015 and March 2016, Brown paid JetBlue flight attendant Marsha Gay Reynolds to transport cocaine and drug money across the country.

Brown paid her to carry drugs and cash in suitcases through crewmember checkpoints at LAX and New York’s John F. Kennedy International Airport. 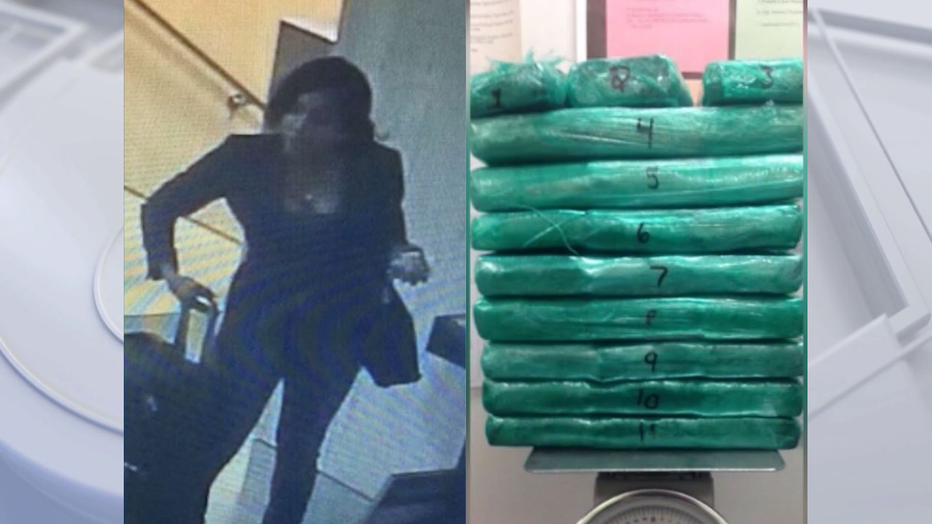 "As a known crewmember, Reynolds was subjected to much lighter screening at airport security checkpoints and would be able to transport the cash and cocaine without being stopped. To evade detection by law enforcement, Brown, an illegal immigrant and convicted felon, used identities he had stolen from two mentally disabled men so he could meet Reynolds in the "sterile" area of the airport, past security," read a statement from the DOJ.

While in the sterile area, Brown would take possession of the drug and cash filled suitcase and travel across the county undetected.

According to federal officials, in March 2016, Brown supplied Reynolds with 27 kilograms (59.5 pounds) of cocaine. She then attempted to board a JetBlue flight at LAX. After showing her badge and ID to TSA officers, Reynolds was randomly selected for additional screening.

Officials say when Reynolds was escorted to the secondary screening area she dropped her luggage, removed her shoes, and fled the area, running down an upward-traveling escalator.

A few days later, Reynolds surrendered to DEA agents at JFK airport. In December 2016, she pleaded guilty to one count of conspiracy to possess and to distribute cocaine. In April 2018, she was given credit for time served and was released.