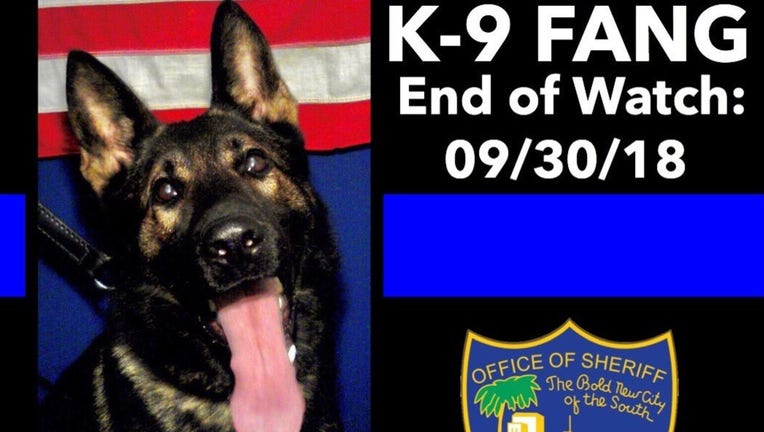 JACKSONVILLE (FOX 13) - Authorities in Florida say a police dog was shot and killed while chasing an armed carjacking suspect.

The sheriff's office said the suspect was apprehended by another K-9 dog at the scene and arrested. The suspect's name was not immediately released.

Fang was a 3-year-old German shepherd that performed both patrol and bomb-detection duties.

According to the sheriff's office, Fang patrolled special events and football games and "captured some of the most dangerous criminals" in Jacksonville.