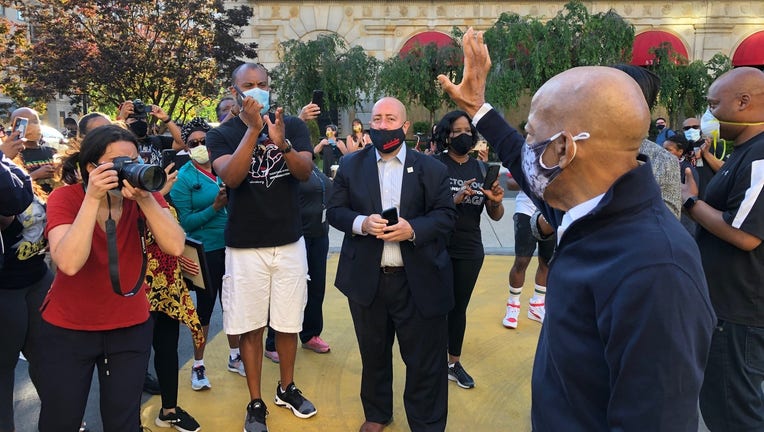 “It’s very moving. Very moving. Very impressive,” Lewis said Sunday morning. “I think the people in DC and around nation are sending a mighty powerful and strong message to the rest of the world (that we will get there)."

Lewis is a living civil rights legend who is known as one of the youngest speakers at the 1963 March on Washington.

Lewis was also beaten by police officers on what is known as “Bloody Sunday," or the aftermath of a 1965 voting rights march across the Edmond Pettus Bridge in Selma, Alabama.

The 80-year-old lawmaker announced in December he had been diagnosed with Stage 4 pancreatic cancer.

Lewis did not agree or disagree, but said activists should be heard.