After about five years of major roadwork along I-66, Virginia Department of Transportation officials said the project is finally in the home stretch.

FAIRFAX COUNTY, Va. - After about five years of major roadwork along I-66, Virginia Department of Transportation (VDOT) officials said the project is finally in the home stretch.

That doesn’t, however, mean that we’re done with the extra traffic just yet.

Regan Milton said she drives on the highway frequently.

"It takes a lot of time out of my day on my way to work to go through that traffic," she said Tuesday. "The lanes change constantly, so I really don’t know what I’m gonna get from one day to the next." 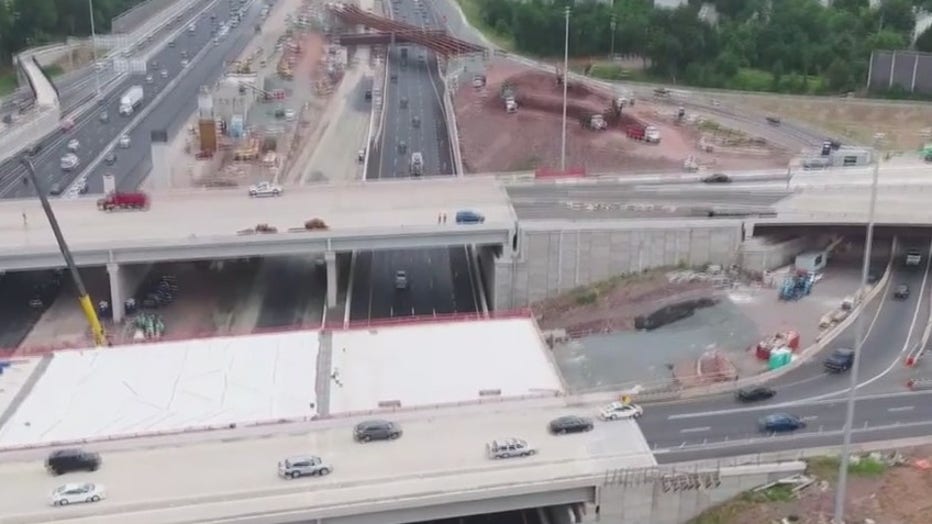 Now, we’re months away from the express lanes opening up.

"You’ll see now toll gantries up, those are starting to be tested," VDOT Mega Projects Director Susan Shaw explained. The express lanes are on track to open in December, according to Shaw and she believes the progress should help with traffic.

"Today we have four lanes out there," she said. "When we’re open we’ll have five lanes, and we’ll have a full shoulder."

Shaw said the entire project is unlikely to be finished until next summer, although once the express lanes open, it’s mostly "punch list" items that will remain.

For more information about the project visit the VDOT website.