A man who was caught on camera driving a vehicle into a woman in a McDonald’s parking lot in Laurel has been arrested and charged.

LAUREL, Md. (FOX 5 DC) - A 27-year-old man is facing multiple charges, including attempted murder and kidnapping, after he was caught on camera driving a vehicle into a woman in a McDonald's parking lot in Laurel earlier this week.

Two surveillance videos obtained by the Howard County Police showed the driver of a newer-model Audi Q5, strike a woman, drag her into the SUV and then drive off at around 11:50 a.m. in the 10000 block of Washington Boulevard (Route 1) on August 19.

A preliminary investigation revealed that the man and woman may have initially had a physical altercation inside of the SUV, which led to the woman exiting the vehicle. In the videos, the SUV is first seen leaving the area briefly before returning and striking the woman and another vehicle. 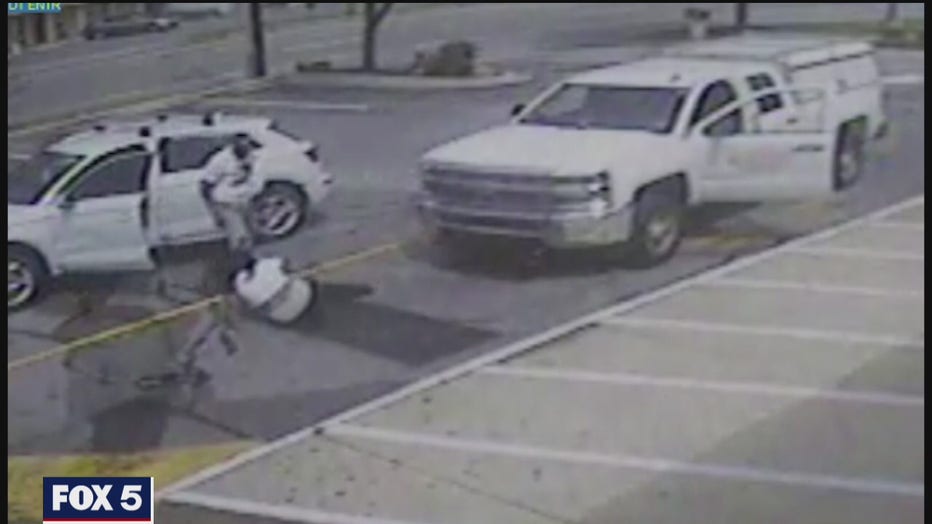 On Aug. 20, police say they received a tip that led them to locate the SUV in a neighboring jurisdiction. Through investigation, detectives were then able to identify Steven Dontrell Smith as the suspect.

Police say Smith was arrested in Washington, D.C., on Friday. He has been charged with attempted murder, assault, and kidnapping.

The 27-year-old victim was located separately and evaluated at the hospital and treated for minor injuries, according to police.

Police say the Audi Q5 was determined to have been stolen in another state in July. Additional charges against Smith are pending.