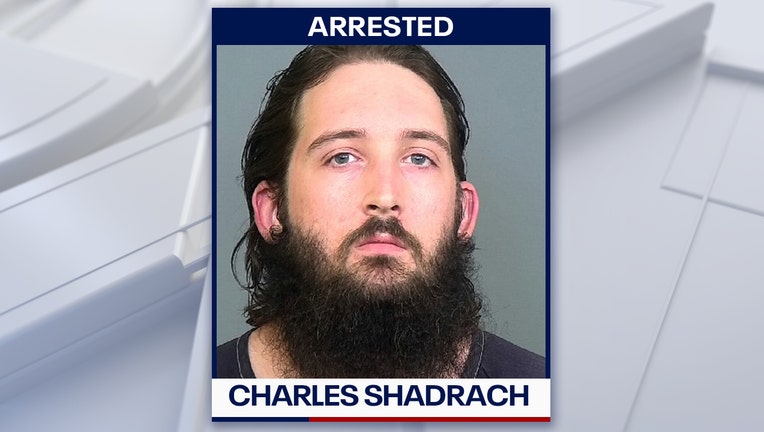 TAMPA, Fla. - A Bradenton woman’s father is dead and her boyfriend is behind bars charged with his murder.

According to the Manatee County Sheriff’s Office, deputies were called to a home at 5404 12th Avenue Drive West in Bradenton around 2:25 p.m. on Saturday for reports of shots fired.

Upon arrival, deputies discovered a 67-year-old man dead in the front yard with apparent gunshot wounds.

Deputies say the victim’s wife and daughter told them they were inside the home when they heard gunshots coming from the driveway. The women said they ran outside and found the victim lying face down in the yard and the daughter’s boyfriend, 29-year-old Charles Shadrach holding a gun.

Deputies say after the shooting, Shadrach placed the gun by the door and told his girlfriend (the victim’s daughter), "He won’t be bothering you anymore."

Moments later, Shadrach walked, unarmed, down the street and turned himself in to a deputy who was responding to the call.

According to MCSO, the victim appears to have died quickly from his injuries and was pronounced dead at the scene.

Detectives say numerous domestic arguments had taken place between the victim, his daughter, and Shadrach, who all lived at the same home.

Shadrach has been charged with second-degree murder.

The shooting is under investigation.