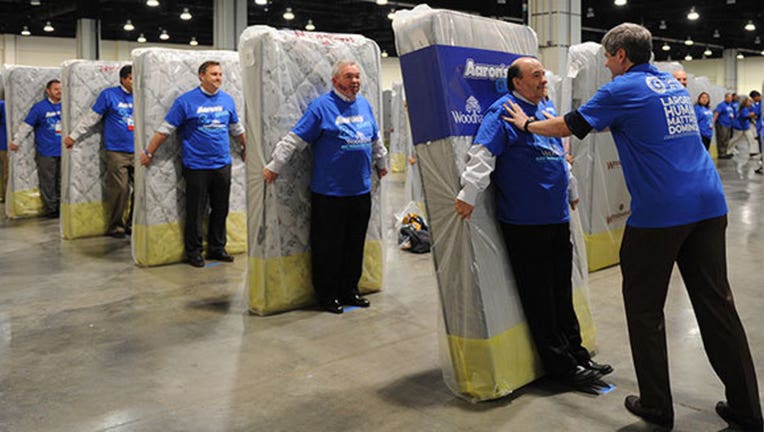 Guinness World Records released a video of the feat Thursday, showing 1,200 people holding mattresses behind them and falling backward into each other, one at a time, inside a Prince George's County, Maryland, warehouse on March 22.

The attempt was aided by a dominoes expert and certified by a Guinness World Record adjudicator. The previous record had been 1,150.

Aaron's CEO John Robinson pushed over the first mattress. It took 13 minutes and 38 seconds for the final mattress to fall.

The Atlanta-based company says it will be donating all 1,200 mattresses to Washington-area organizations focused on ending poverty and providing shelter to homeless families.