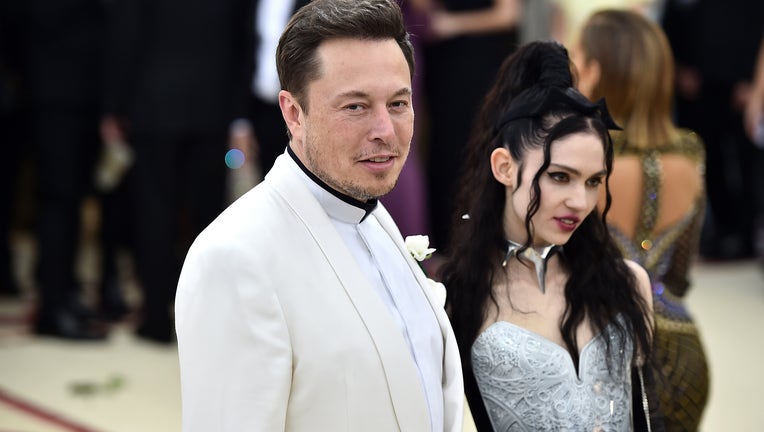 NEW YORK, NY - MAY 07: Elon Musk and Grimes attend the Heavenly Bodies: Fashion & The Catholic Imagination Costume Institute Gala at The Metropolitan Museum of Art on May 7, 2018 in New York City. (Photo by Theo Wargo/Getty Images for Huffington

Fans have been baffled since Elon Musk and his girlfriend, singer Grimes, named their son X Æ A-12.

Now, the duo is offering up even more confusion as their pronunciations of the name appear to be different.

In an interview on "The Joe Rogan Experience," Musk, 48, discussed the name, seemingly claiming it was pronounced "X Ash Archangel Twelve."

"First of all, my partner's the one that actually mostly came up with the name," he explained. "It's just 'X,' the letter 'X,' and the 'Æ' is pronounced 'ash' and then 'A-12' is my contribution. Archangel 12, the precursor to the SR-71, coolest plane ever."

A fan commented on her photo -- a pair of pictures from her photoshoot with Italian Vogue -- asking "how do you pronounce the baby's name?"

Grimes, whose real name is Claire Boucher, replied to the comment.

Grimes previously offered an explanation of the meaning of X Æ A-12's name.

"A-12 = precursor to SR-17 (our favorite aircraft). No weapons, no defenses, just speed. Great in battle, but non-violent," she continued, adding a white heart emoji. "(A=Archangel, my favorite song) (metal rat)."

Musk and Grimes have been dating since 2018.