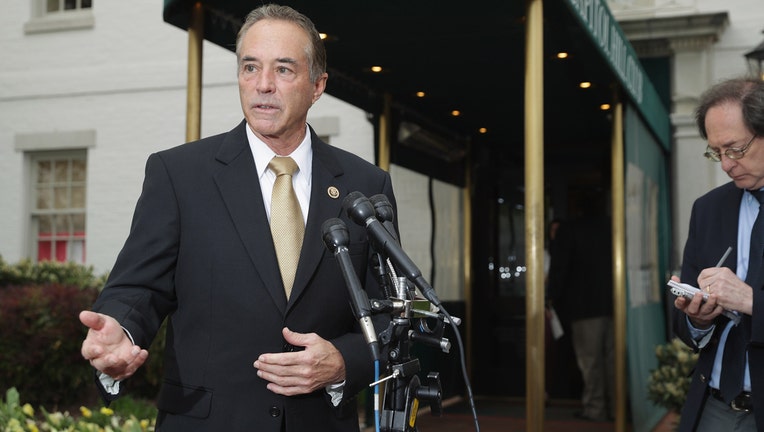 New York- - In an about-face, U.S. Rep. Chris Collins is ending his re-election bid days after the Republican was charged with insider trading.

Collins released a statement Saturday morning saying his will suspend his campaign and fill out the rest of his term. Collins was indicted Wednesday on charges he used inside information about a biotechnology company to make illicit stock traders. He had said later that day he would remain on the ballot despite the indictment and fight the charges.

"I have decided that it is in the best interests of the constituents of NY-27, the Republican Party and President Donald Trump's agenda for me to suspend my campaign for re-election to Congress," the statement said.

He went on to say he will fill out his term and "continue to fight the meritless charges brought against me." He has denied any wrongdoing.

Wednesday's indictment charges Collins and two others, including his son, with conspiracy, wire fraud and other counts.

Prosecutors say the charges relate to a scheme to gain insider information about a biotechnology company headquartered in Sydney, Australia, with offices in Auckland, New Zealand.

Jessica Proud, a spokeswoman for the New York state Republican party, said no decision has been made about a possible replacement for Collins on the ballot. She said the party is weighing its options.