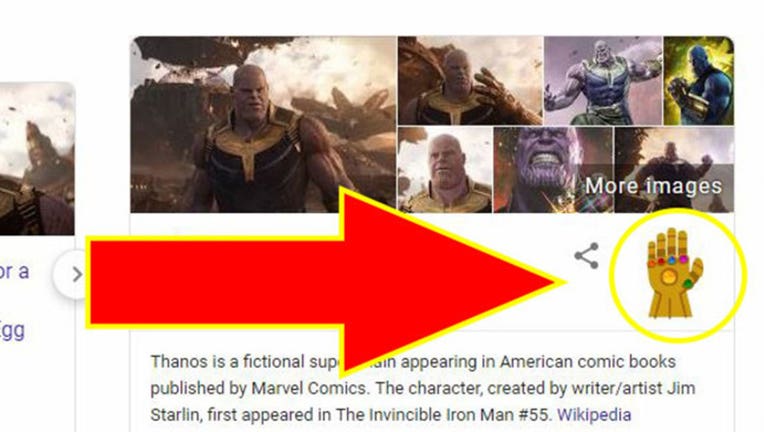 TAMPA, Fla. (FOX 13) - Google has a surprise for Marvel fans who are excited about the latest Avengers film. In honor of the release of the likely blockbuster 'Avengers: Endgame,' Google has a fun little Easter egg.

Users who Google "Thanos," the name of the bad guy from the film, will see the normal results page, but when they click on the Infinity Gauntlet (fans will know what that is) on the right sidebar, it triggers "the snap," which causes all of the results on the page to disintegrate into dust.

The number of search results also gets cut in half.

The final film, in theaters now, ends the yearlong cliffhanger of "Avengers: Infinity War," in which half of the universe's population turned to dust.

The movie will end the first 11 years of the Marvel Cinematic Universe.