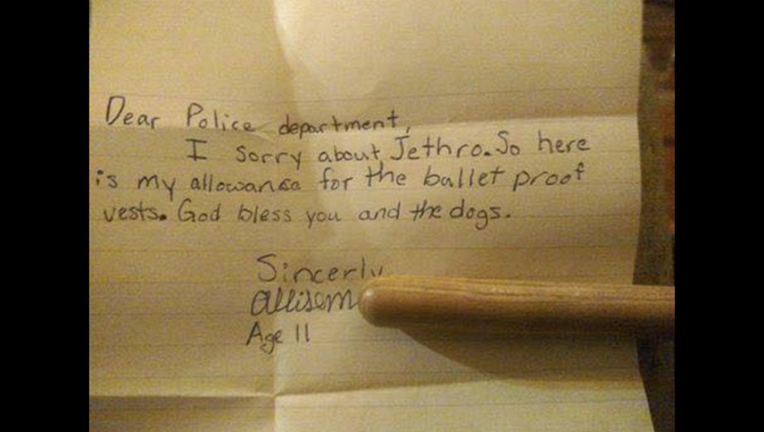 You might remember the sad story of Jethro, a K9 unit with the Canton Police Department who died after he was shot in the line of duty.

Well, one little girl was so affected by Jethro's death that she donated her allowance money to help get bulletproof vests for all the department's K9 units.

In a touching letter to Jethro's handler, Officer Ryan Davis, an 11-year-old girl named Allison wrote, "I sorry about Jethro. So here is my allowance for the bulletproof vests. God bless you and the dogs."

Though she only had a few dollars to give, her thoughtfulness "struck a chord" with Davis and the rest of the K9 handlers.

Davis wanted to thank Allison, but her original letter was removed from its envelope, so he didn't have her contact information.

UPDATE - Allison and her Mom have been found and will be in contact with Officer Davis soon!A little girl wrote this...

Read the entire sweet and thoughtful story on FOX News