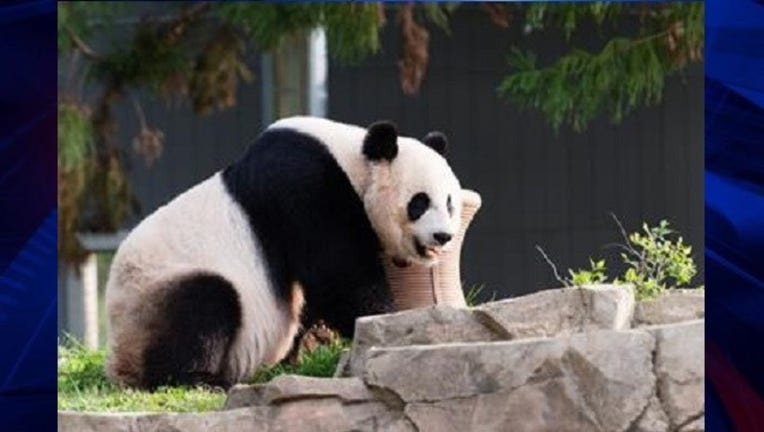 WASHINGTON - Scientists at the Smithsonian have confirmed a slow rise in giant panda Mei Xiang's urinary progesterone levels that started July 20, which indicates that she will either have a cub or experience the end of a pseudo-pregnancy within the next 30 to 50 days.

It is not clear if Mei Xiang is pregnant because a giant panda's behavior and hormones can mimic a pregnancy even if she is not pregnant.

The zoo's panda team is monitoring changes in Mei Xiang's reproductive tract and evaluating for evidence of a fetus, but officials said it may still be too early to detect a fetus on an ultrasound.

Scientists are also continuing to monitor her hormone levels on a daily basis.

Meanwhile, Mei Xiang is exhibiting behaviors consistent with a rise in urinary progesterone, such as nest building, choosing to spend more time in her den, sleeping more and eating less.