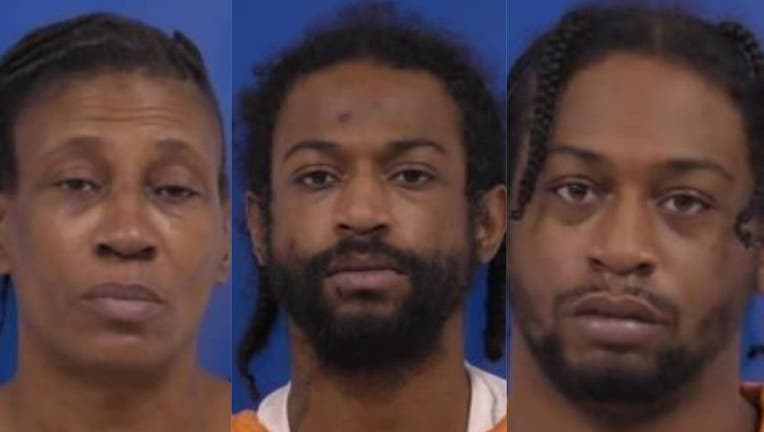 LUSBY, Md. - A fugitive is in custody after he fell through the ceiling of a home while Calvert County sheriff’s deputies questioned family members who were allegedly hiding him, according to the sheriff’s office.

The Calvert County Sheriff’s office says it was assisting the Charles County sheriff’s office, as well as U.S. Marshals when they tried to serve an arrest warrant for a wanted felon at a home in Lusby.

When they arrived at the home on Pine Boulevard, investigators questioned 51-year-old Stacie Danette Bowie and 29-year-old Shabyis Dashawn Oliver, who both insisted that they were the only people in the home.

While the officers were warning the pair that they could face charges for harboring a fugitive if he was discovered there, Jimez Terrell Oliver, 20 of New York fell through the ceiling, and then scrambled into the basement, where he was caught.

Jimez Terrell Oliver was charged on an arrest warrant as a fugitive from justice.

The sheriff’s office did not indicate what crime he was wanted for, nor did they say where that crime was committed.