Friday will be an asynchronous learning day for all Manassas Park City School students after a potential threat was made and circulating social media, officials announced late Thursday night.

WASHINGTON (FOX 5 DC) - Manassas Park Police Detectives have identified the creator of a social media post that caused Manassas Park City Schools to implement an online learning day on Friday for all students.

The suspect is identified as a juvenile male that attends Manassas Park High School. At this time, there are no threats to the public or the school system.

The suspect and his parents were brought back to Manassas Park police headquarters where a full interview was conducted.

During the interview, detectives discovered the threat to not be credible and there was no danger to the school system or the community.

Following the interview, with the cooperation of the suspect's parents, detectives searched the residence and did not locate a firearm.
The suspect is described as a 15-year-old male who is a sophomore at Manassas Park high school. The suspect has been charged with Va Code 18.2–60 Threats to Kill.

The parents of the juvenile are cooperating with police authorities and are en route to turn him in.

Detectives will consult with the Commonwealth Attorneys Office regarding potential criminal charges.

MPCS made an announcement via Twitter saying they made the decision to make Friday an asynchronous day "out of an abundance of caution."

Officials said the below messages were circulating on social media about a potential shooting. 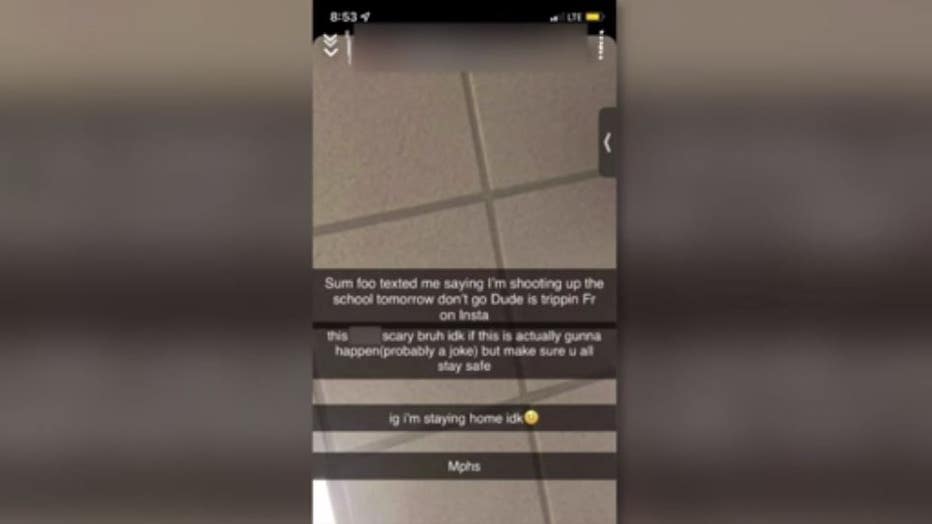 All MPCS buildings were closed on Friday as police continued their investigation.