WASHINGTON - A good samaritan is being hailed a hero after stepping in to deescalate a fight outside a D.C. nail salon.

A woman was trying to leave Blue Nail Salon without paying for the services she received.

FOX 5 first showed you wild video of a D.C. nail salon owner being attacked by a woman. Now, FOX 5 spoke with the Good Samaritan who stepped in to deescalate the situation.

The altercation was caught on surveillance and cell phone video at Blue Bell Nails on O Street in the Shaw neighborhood.

The salon said the customer and her friend got the works: manicures, pedicures, nail art and massages racking up a $200 bill. One woman left, the other was supposed to pay, but the owners say the card was declined.

"This is when the customer started getting a little bit agitated," said Blue Bell Nail Salon co-owner Ryan Kim. "She started complaining about the service that was already done, saying that our machine was faulty."

When the woman tried to leave, the situation got physical with Kim's mother, Jean. Video shows Jean trying to stop the woman from leaving and getting knocked around and hit. It ends with Jean on the ground outside of the salon hanging on to the woman's bag as she tries to take it back.

In the midst of it all, the co-owner Ryan Kim says a stranger walking by stopped to make sure his mom was OK after she got hit. You can't see him in the cell phone video, but you can hear him offering to pay the tab and telling the customer to go. 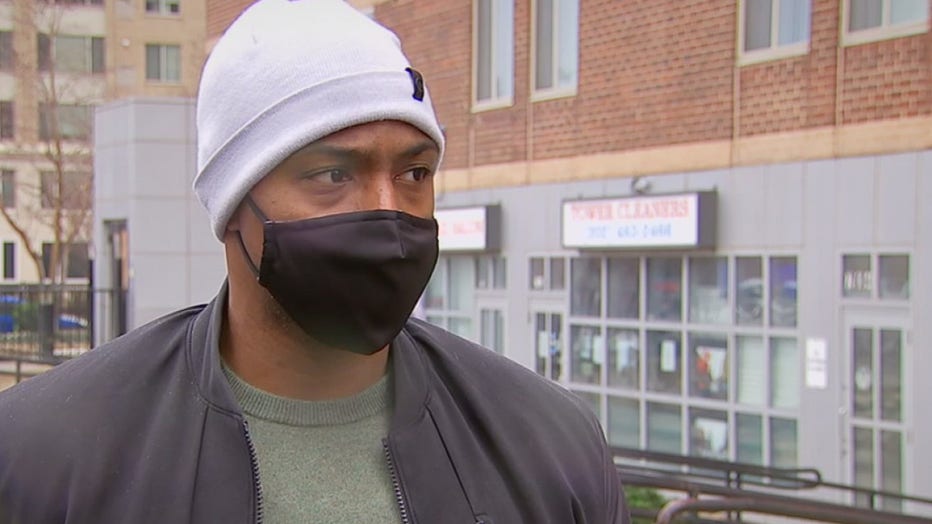 "He just threw down the cash and left," said Kim. "And amidst all the chaos, unfortunately we never got to thank this person."

Now we know the man is Dr. Albert Coombs. His co-workers saw the story air on Fox 5 and recognized his voice. He doesn't need a thank you. The greatest gift is knowing everyone is safe.

Dr. Coombs is a dentist who got the COVID-19 vaccine from Giant across the street from the salon. When he was walking back to work, he saw commotion outside the nail salon, asked what was going on, and without hesitation – offered to pay $200 for the customer's nail services.

"The jist is I didn't want anyone to get arrested or die or injured or catch COVID over $200," said Coombs.

Dr. Coombs said for him – it comes down to having compassion for others.

"This has been a hard year for a lot of people and desperation kind of expresses itself in different ways," said Coombs.

Right now, no arrests have been made and Metropolitan Police are still investigating the situation.