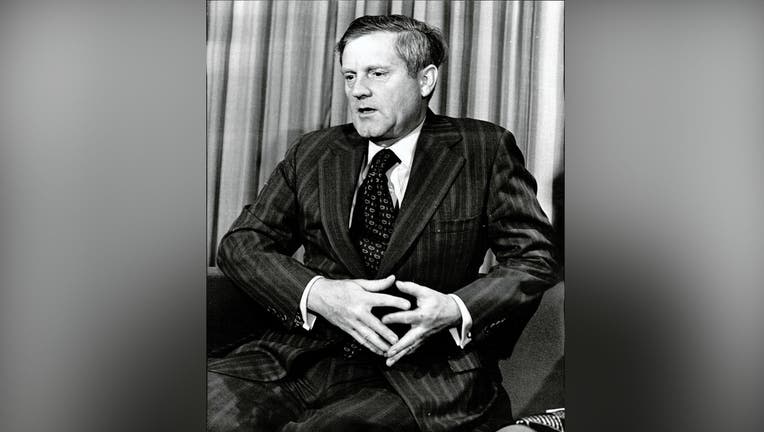 KILMARNOCK, Va. - Linwood Holton Jr. – Virginia’s first Republican governor since Reconstruction – died at 98 on Thursday at his home in Kilmarnock.

"I mourn the loss of my father-in-law Linwood Holton. He was my friend and public service role model. His courageous efforts to end racial discrimination in Virginia—born out of deep religious conviction about the equality of all God’s children—made him a moral pillar for so many," he said via Twitter.

2021 Virginia Governor Race: Everything to know about November 2 elections

Serving from 1970 to 1974, Holton eventually fell out of favor with the increasingly conservative GOP, which he criticized as obsessed with cutting taxes at the expense of crucial services.

"To the world, Governor Linwood Holton is known as a giant of civil rights and change. When others stood in the doorways of schools to block de-segregation, our Dad walked us (and bused us) to integrated schools to show the rest of the world the way of justice," his children said in the statement.

Holton also alienated Democrats who controlled the General Assembly when he insisted on a GOP opponent in 1970 for U.S. Sen. Harry F. Byrd Jr.’s bid for reelection as an independent.

"Our Commonwealth mourns the loss of a giant tonight. Linwood Holton represented the best of us. Governor Holton was a civil rights crusader and an endlessly dedicated public servant," McAuliffe said.

"Suzanne and I were saddened to learn of the passing of former Governor Linwood Holton, Jr. May the Lord grant peace and comfort to his family — including his daughter Anne and her husband Tim Kaine — during this difficult time," Youngkin noted.