PENSACOLA, Fla. - Former NFL running back Peyton Hillis is reportedly in critical condition after rescuing his children from drowning at a beach in Pensacola, Florida, according to reports.

TMZ reports that Hillis, 36, is in an intensive care unit for treatment on his lungs and kidneys. The outlet reports that Peyton's kids are said to be "safe and healthy."

His relative, Greg Hillis, said in a Facebook post late Thursday night that the seven-year NFL veteran is doing better. 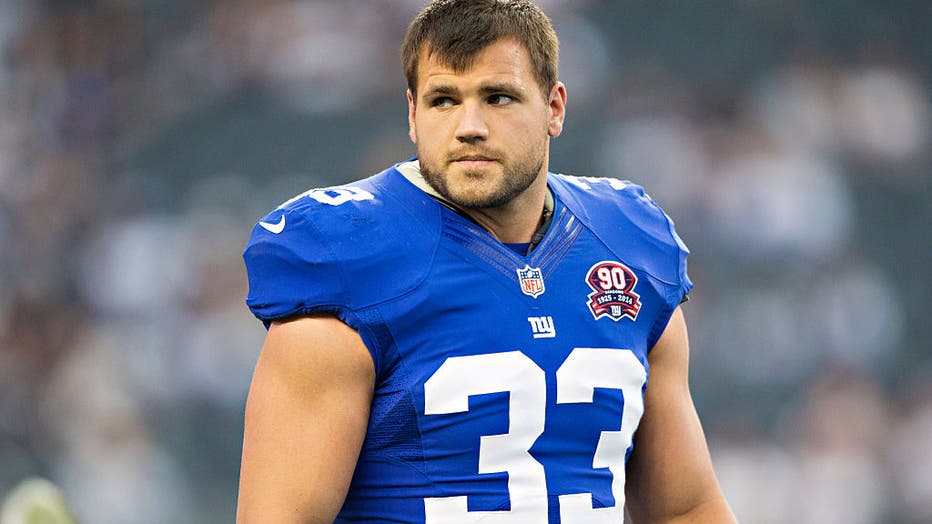 ARLINGTON, TX - OCTOBER 19: Peyton Hillis #33 of the New York Giants warming up before a game against the Dallas Cowboys at AT&T Stadium on October 19, 2014 in Arlington, Texas. The Cowboys defeated the Giants 31-21. (Photo by Wesley Hitt/Getty I

"He’s still in intensive care and having some problems with his kidneys and his lungs but the doctors say he is improving. I just wanted to head off any rumors that may be started. I’m sure he would want everyone to know that he appreciates all of the prayers being thrown up on his behalf!!!"

Hillis was reportedly in Pensacola when the swimming accident happened, according to journalist Alyssa Orange, who tweeted that he was taken by helicopter to the hospital.

Hillis was drafted by the Denver Broncos in the seventh round of the 2008 NFL Draft where he spent his first two seasons.

However, he broke out as a member of the Cleveland Browns, rushing for 1,177 yards on 270 carries and scoring 11 touchdowns in 2010, according to FOX News. He spent the 2012 season with the Kansas City Chiefs before spending his final two seasons with the New York Giants. He was also the cover athlete of Madden NFL 12.