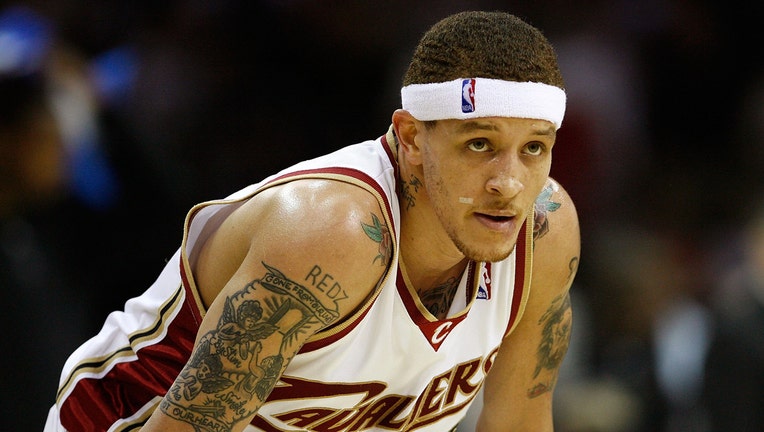 WASHINGTON - Former NBA player and college star Delonte West is recovering after being beaten in a D.C. area street, according to a report.

West – who graduated from Eleanor Roosevelt High School in Greenbelt and starred for St. Joseph’s in college – is shown in two videos featured on TMZ’s website.

One shows him being beaten in a roadway, the other, hurling curse words at a person recorded video of him sitting on a curb.

West’s former agent, Aaron Goodwin, told TMZ that he is staying with family members, but is in need of medical attention.

In 2016, West was admitted to a medical facility.

According to TMZ, he’s been seen panhandling in Maryland.

*WARNING* - The language in this video is explicit and graphic

*WARNING* - This video shows the former NBA guard being brutally beaten in a street.

West, 36, played for the Boston Celtics, the Seattle SuperSonics, the Cleveland Cavaliers, and the Dallas Mavericks during his time in the NBA.

St. Joseph's also offered a statement regarding the incident: