A Ft. Myers mom put her three-month-old baby inside a plastic bin to protect him from drowning. Callie Brown's family did not evacuate, and the storm surge nearly reached the ceiling in their one-story home. With her baby in a plastic bin, the new mom started swimming out of her house to avoid drowning.

FORT MYERS, Fla. - Never wake a sleeping child, especially an infant tucked in a plastic tub to protect him from drowning in the rage of Hurricane Ian.

And while 3-month-old Charlie might not know today what his parents overcame to save his life that frightening afternoon on Sept. 28, his mother’s account of the cataclysmic storm will haunt the Fort Myers, Florida, family forever.

Callie Brown remembers as Ian barreled ashore; it was just the winds at first.

As a tree in their front yard crashed, strong winds ripped their backyard lanai out of the foundation, catapulting it into their neighbor's yard.

Brown could only think this was the worst of the storm, but that's when the water started to flow inside her home. 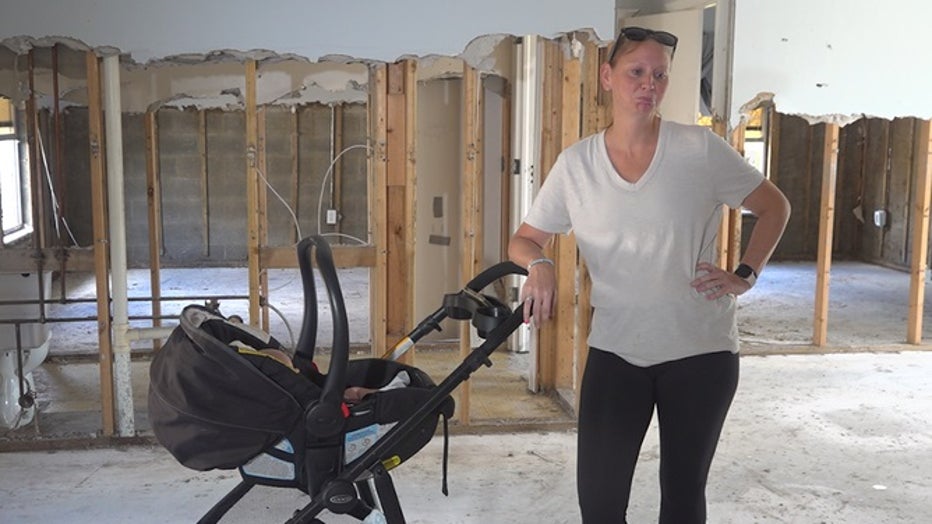 Callie Brown's family did not evacuate, and the storm surge nearly reached the ceiling in their one-story home in Fort Myers, Florida. With her baby in a plastic bin, the new mom started swimming out of her house to avoid drowning. (Caroline Elliott

Refuge in the attic

"We noticed it by the back slider doors at first, and it seemed like it was a slow creep," she said. "Within 10 minutes, it was probably 2 feet deep."

The family debated jumping in their car to flee but quickly realized it was too late by the time they got Charlie ready to go.

"We couldn't even open our garage door anymore," Brown said. "The water pressure outside was so strong, and there was already a river going down our street."

Taking to higher ground, they climbed into their attic as Brown’s husband started to grab anything he could recover quickly. Yet, Charlie's needs came first, his mom said.

They grabbed his clothes, formula, bottles – whatever they could find of his was snatched up as they packed themselves into the attic where they sat, fearing the worst for the next 15 minutes as they watched the water continue to rise below them.

Brown said they didn't know when the water was going to stop. The only thing she knew at the time was that it was rising very quickly.

Brown was scared the water would soon reach the attic, so the new mother made the split decision that would ultimately save not only her life but her son's and husband's lives too.

"If we were going to escape the house, we had to do it right then and there," she recalled. 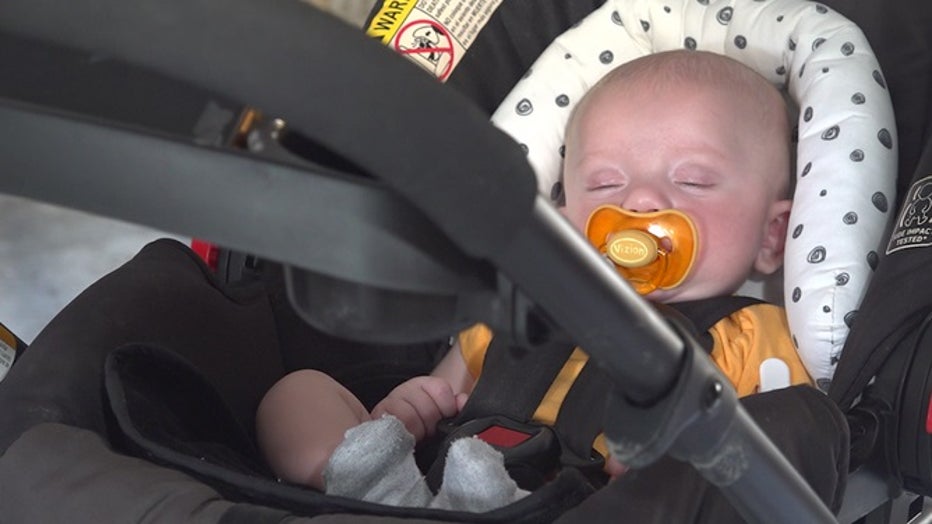 The Browns were able to find higher ground. Callie, her husband and her son are OK. Charlie even slept through the entire chain of events.(Caroline Elliott / FOX Weather)

Saving Charlie (and Tucker, the cat)

After scouring the attic, the couple dumped some Tupperware bins filled with old holiday decorations.

"We put Charlie in one of them," his mom said. "We put him in his car seat in the clear storage bin. And we had our cat, Tucker, who was in a backpack. We put him in the other one. We climbed down the ladder from the attic, and we swam through our house to the front door and went out."

When the Browns got to the end of their driveway, they realized they didn't have any control over the direction they were going. The current immediately sucked them to the right.

As they floated by their neighbor's home, they noticed them sitting in kayaks and holding on to the side of their house.

Brown remembers screaming at them.

Their neighbors shouted back to the Browns.

"And we shouted, ‘no,’ as we just got sucked down the road," said Brown as they were kicking and holding on for dear life to each other and the Tupperware bins.

The water ended up pulling the family up into an RV camper three houses down. As they caught their breaths, they were able to maneuver themselves around the back of the house where they noticed a partially submerged two-level lanai.

The homeowners allowed them into their house which, thankfully, never flooded and offered them to seek refuge there for the night. 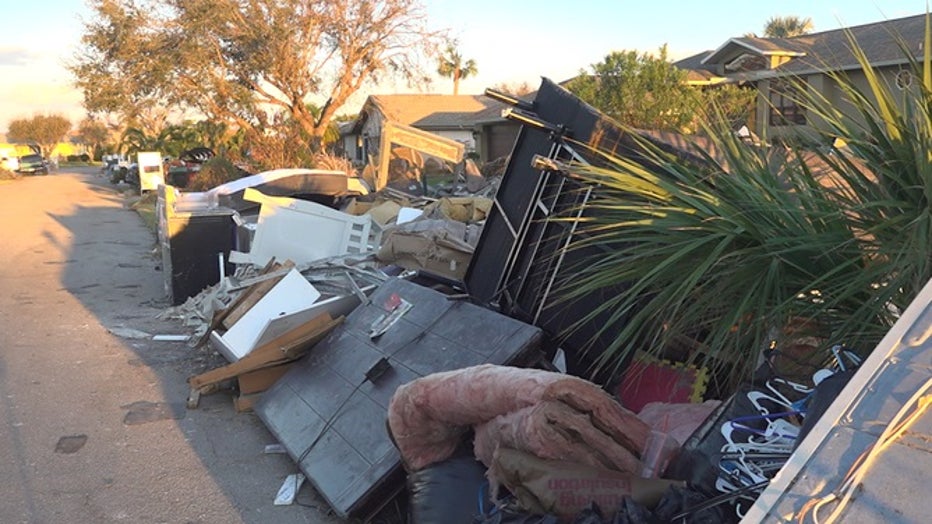 For future storms on the horizon, Callie Brown said she is never staying again for another hurricane – whether it's a Category 1 or a Category 5. (Caroline Elliott / FOX Weather)

'This will stay with me for the rest of my life'

Looking back on the nightmare, Brown said she didn't think they would make it out of her flooded home alive, let alone being clueless about where the storm surge would take them.

"When we were floating down the road, my adrenaline was so high," she said. "All I could think was don’t let this Tupperware turn over. Don’t let baby Charlie fall out of this bin," she said. "I was also just thinking, ‘Where is this water taking us to? Are we going out to the ocean?’"

Surviving Hurricane Ian and living to tell the harrowing accounts to save her family's life takes everything to a whole new level, Brown said.

After all, Charlie's needs came first, even if Ian had other intentions.

And for future storms on the horizon, Brown said she is never staying again for another hurricane – whether it's a Category 1 or a Category 5.