Mask mandates are being dropped in restaurants, schools, and at sporting events – but not aboard planes.

LOUDOUN COUNTY, Va. - Mask mandates are being dropped in restaurants, schools, and at sporting events – but not aboard planes.

Now, thousands of airline attendants would like for that to change.

"As aviation’s first responders, it’s a high level of fatigue to have to maintain this, you know, for 12-hour days," explained Lyn Montgomery, the president of TWU Local 556, a union representing more than 16,000 Southwest Airlines flight attendants.

This week, the union sent a letter to members of the Biden administration asking for the federal mask mandate to be lifted. "We understood the previous need to require those who travel on public transportation to wear masks," the letter reads. But there’s been a "drastic decrease" in cases of COVID-19 while "the number of physical and verbal assaults in our workplace has increased dramatically." 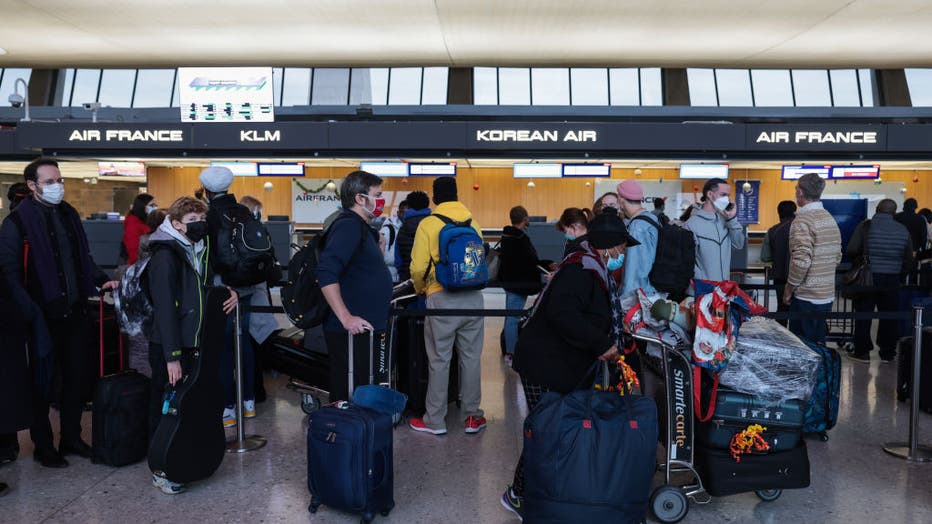 DULLES, VIRGINIA - DECEMBER 27: Passengers wait in line to check in for their flights at the Dulles International Airport on December 27, 2021 in Dulles, Virginia. According to media reports, at least 2,600 more flights were canceled Monday amid the

On Thursday, Montgomery told FOX 5: "It makes a normally easy workday extremely challenging. It’s disruptive to customers onboard the aircraft. Sometimes it even causes flight delays if we have to return to the gate or contact security. That can take time to handle."

It’s a sentiment most – though not all – travelers at Dulles International Airport said they agreed with when approached by FOX 5.

"I would prefer not to based on the flight I just did," Chris McKenna countered. "The guy in the row in front of me was hacking up his guts for most of the flight."

According to the Federal Aviation Administration, there have been 961 reports of unruly passengers on flights year-to-date as of March 21. Officials said 635 of those incidents were related to masks.