Cherry Jones is talking about Hurricane Katrina, the costliest hurricane ever recorded in the United States and the monumental disaster that sits at the heart of the Apple TV+ series "Five Days at Memorial." Based on actual events (and people) and adapted from Pulitzer Prize-winning journalist Sheri Fink’s book of the same name, "Memorial" begins as Katrina sweeps in, placing the caregivers at a local hospital in an impossible situation — one that, for most people, would be utterly unimaginable.

Jones plays Susan Mulderick, the hospital’s director of nursing and incident commander for Katrina. And like many Americans, she followed the unfolding catastrophe at home.

"I, of course, was well aware of the people on the rooftops and the people wading through the water," she tells FOX Television Stations in an interview. "But what I didn’t really know that much about were any of the hospitals and what was going on inside of those hospitals during those two weeks after Katrina, before the waters really were gone again."

RELATED: The most destructive hurricanes are hitting the U.S. more often 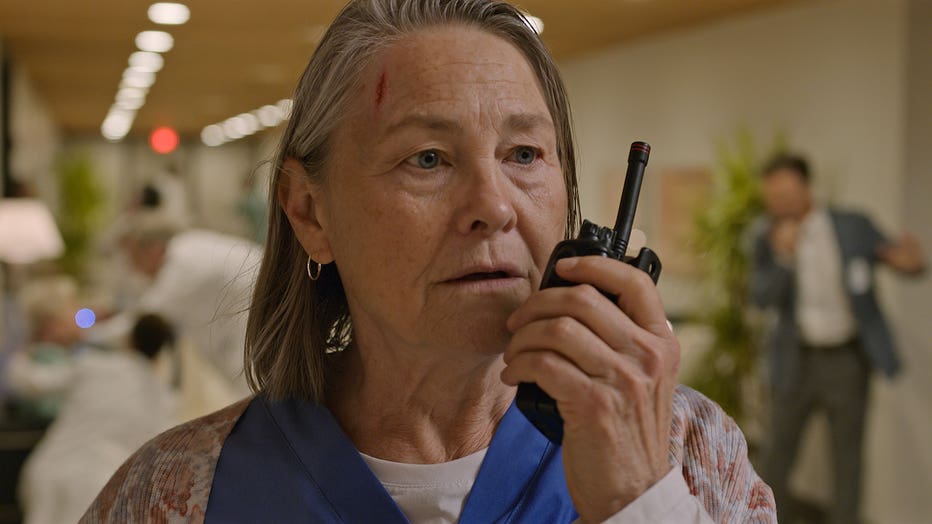 "I closely followed [the aftermath of Hurricane Katrina] as well back in 2005," adds Vera Farmiga, who plays cancer surgeon Dr. Anna Pou. "And yet we were safely on our couches watching the television. It’s a whole other thing to internalize it and really put yourself in these characters’ shoes — and put the audience there, and force them to have our characters’ perspectives on the matter."

WATCH FREE ON TUBI: Cherry Jones in "Erin Brockovich"— get the app

Those perspectives can be difficult to comprehend. When the storm ruptured the cities’ levees, unprecedented flooding occurred, stranding 2,000 people at Memorial Hospital without power as the water level — and the temperature — rose. Memorial’s dedicated staff was confronted with a series of terrible choices as they fought to care for their patients. 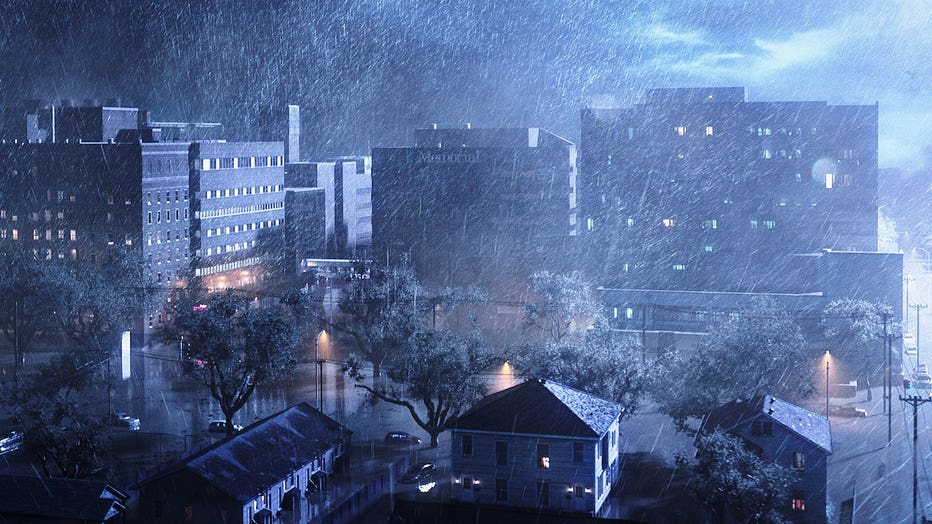 A scene from "Five Days at Memorial," now streaming on Apple TV+.

As executive producer Carlton Cuse put it in promotional materials for the series, "It's a horrible circumstance when doctors are forced to play God. That's part of what we explore here: the ethics of what happens in a crisis when tough decisions have to be made about who gets resources and who doesn’t."

Indeed, in many ways this is a story with an incredibly tight focus — these people, this hospital, these five days in August 2005 — but the implications are far-reaching and the echoes of recent events become impossible to miss.

"Because it’s in a hospital," Jones says, "it covers so many, so many issues." 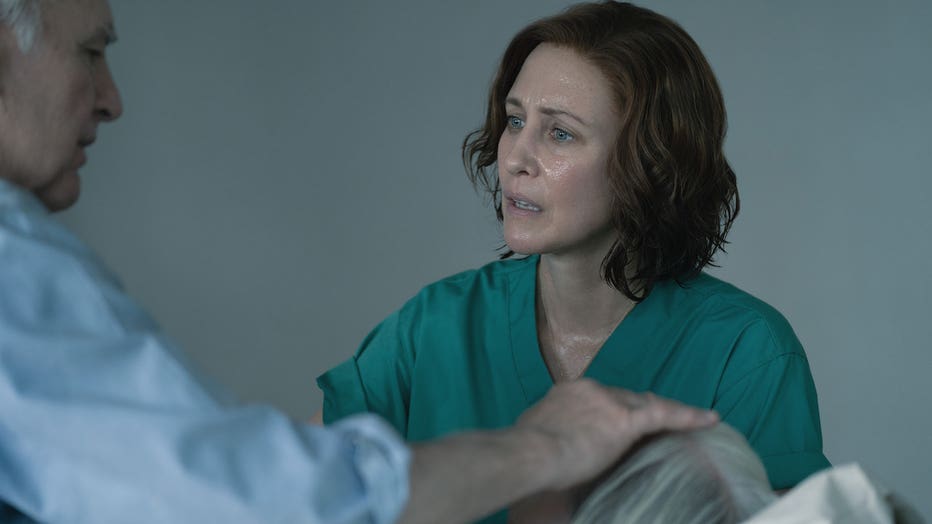 Farmiga, too, was compelled by the scope of the story and its resonance today. "You know these hurricanes and natural disasters — Katrina or [the COVID-19] pandemic — they roll right in and they take away that surface of society and [...] they take off that layer, the very settled ways that we have been functioning. And what it exposes underneath is all that bony soil, that unhealthy, the ways that we are not functioning well, the ways that our system is failing. Whether it’s socio-economic inequalities, corruption, prejudice, power structures, ineptitude in our health care systems [or] in disaster plans."

As she delved deeper into the story, it became increasingly personal for Farmiga.

"I’m a New Yorker. Cherry’s a New Yorker. Seeing the chaos in New York City [during the early days of the pandemic] was an incredible example of how a vibrant, powerful, successful city, you know, what can happen in the absence of a national strategy and a plan. I was watching, I mean, our health care workers, our doctors, our nurses, our caretakers, completely exhausted, overwhelmed, having to make these same choices: Who gets a bed, who doesn’t? Scrambling for PPE, scrambling for ventilators."

WATCH FREE ON TUBI: New Orleans Music in Exile — get the app

Jones also found resonance between the story of "Five Days at Memorial" and the experiences of the pandemic. "They’re our frontline soldiers, now, our health care workers. And in my small county in West Tennessee, where I come from, pre-pandemic there were 800 people on staff at that little regional hospital. There are now 300 people on staff." Given that reduced staff still has to serve four counties surrounding it, Jones emphasizes the importance of "Infrastructure, infrastructure, infrastructure." 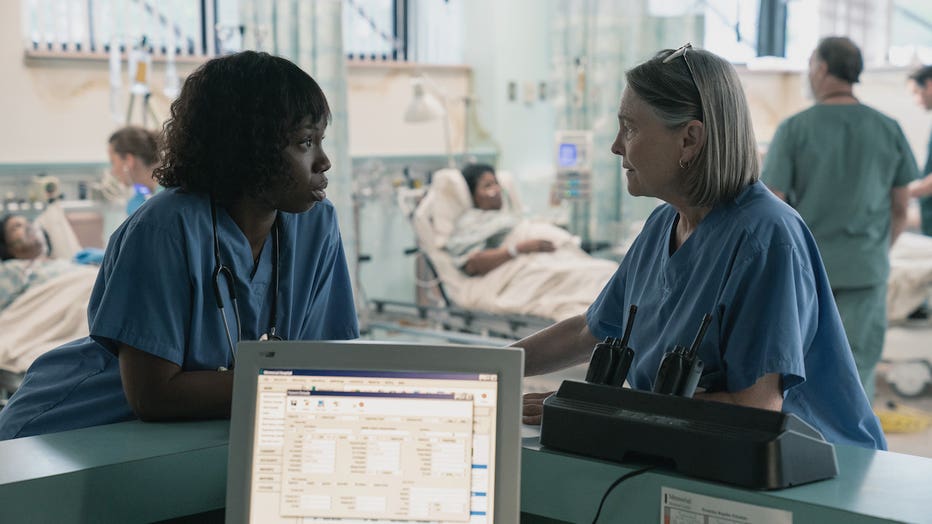 WATCH FREE ON TUBI: Vera Farmiga and Keanu Reeves in "Henry’s Crime" — get the app

While Jones and Farmiga both highlight the heroic work of healthcare workers in the face of unprecedented challenges, their work positioned them to empathize with not just those in the profession as a group, but with the specific people they’re playing — fictionalized versions of real people, but real people all the same.

"Look, I felt an enormous responsibility here," Farmiga says of her experience portraying Dr. Anna Pou. And though she’s yet to meet Dr. Pou ("I’m looking forward to that moment," Farmiga notes), she found a different way into understanding her character: "My greatest source, my bible through all this was Sheri Fink’s investigative journalism, the details that she mined for me. All the work had already been done because not only had she interviewed Anna, she had interviewed Anna’s family and friends and patients. You know, you want to know what the doctor is like, talk to the patients."

"And so I had a lot of information, but yeah, there’s an enormous responsibility, and I felt the weight on my shoulders. I wanted the audience to have her perspective, to understand her perspective [about] what she went through."

"What I wanted to spell out, too, is that she is a woman of great faith, of great stamina, of great skill as a surgeon in her field of otolaryngology. She’s an extraordinary woman who was put up against extraordinary circumstances and had to make impossible choices."

"I had an obligation, Farmiga says, "to capture her essence."

A trailer for the new limited series "Five Days at Memorial," streaming exclusively on Apple TV+.

Your next TV binge watch: "The Fall," streaming free on Tubi

The Fall (2013-2016): Gillian Anderson and Jamie Dornan lead this detective series about a brutal serial killer operating in Belfast, Ireland. She’s Superintendent Stella Gibson and he’s Paul Spector, a seemingly respectable family man with a murderous secret. The point here isn’t to figure out who did the crime, but why Paul feels an impulse to torture and kill. With its psychological angle and exploration of doubling and mirror images, "The Fall" is a brooding, slow-burn series perfect for a binge watch. Rated TV-MA. Three seasons, 17 episodes. Also featuring Aisling Franciosi, John Lynch, Niamh McGrady.

"The Fall" is streaming free on Tubi — get the app

How to watch "Five Days at Memorial"

The first three episodes of "Five Days at Memorial" are currently streaming on Apple TV+. New episodes arrive weekly on Fridays through Sept. 19.