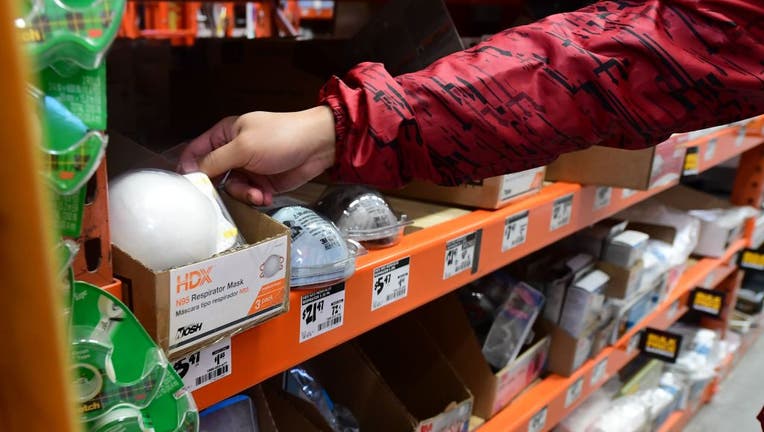 A man reaches out for a mask at a Home Depot store in Los Angeles, California on January 22, 2020 as the Coronavirus entered the United States this week. (Photo by FREDERIC J. BROWN/AFP via Getty Images)

On Monday, the Maryland Department of Health announced the individual was in "good condition" while awaiting test results.

There have been no confirmed cases of the virus in the state at this time.

The World Health Organization declared the outbreak a global emergency Thursday after the number of cases spiked tenfold in a week.

China first informed WHO about cases of the new virus in late December. To date, China has reported more than 7,800 cases including 170 deaths.

Eighteen other countries have since reported cases, as scientists race to understand how exactly the virus is spreading and how severe it is.