A Fredericksburg woman has been living inside a Bethesda church for over a year due to her immigration status.

BETHESDA, Md. (FOX 5 DC) - It’s been 381 days since Rosa Gutierrez Lopez was ordered to go back to her native county of El Salvador. It’s also 381 days since she’s decided to live inside a sanctuary church.

Gutierrez Lopez has been living on the premises of Cedar Point Unitarian Universalist Church in Bethesda.

The former line cook and mother of three came to The United States 14 years ago illegally.

She says she and her family were being threatened by gangs that forced her out of her native country. 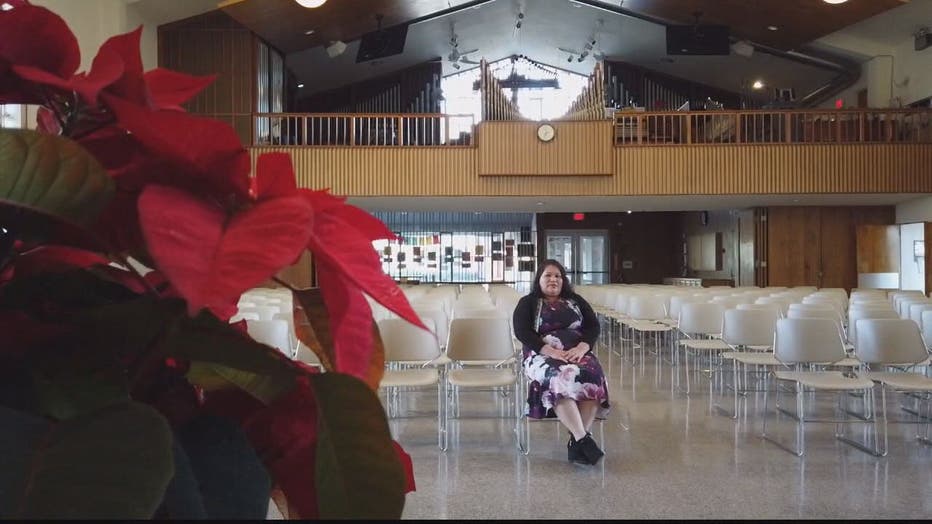 Since moving into the church Gutierrez Lopez gained so much more. Hundreds of church and community members came to her assistance.

Church leaders say community members do everything from picking up her groceries to attending PTA meetings for her children.

FOX 5 reached out to Immigration and Customs Enforcement (ICE) about her status. They released a statement saying quote, “Unlawfully present El Salvadoran national Rosa Gutierrez Lopez has been afforded due process in our nation’s immigration courts and was granted voluntary departure, but failed to depart as required. She is currently an immigration fugitive, subject to a final order of removal.”

Gutierrez Lopez says she will continue to work with ICE and her lawyers so she can be granted an order of stay.